I have to say that the more advertising material I see the more excited I’ve become about the prospect of a new Apes film. The last attempted reboot was 2001’s Tim Burton re imagining Planet of the Apes starring Mark Whalberg in arguably his worst performance. That mediocre film was widely seen but not loved and the franchise faded away again. However the new less action-oriented reincarnation seems like a intriguing and original concept, something between a mad scientist flick and a monster movie.This just released one sheet is a strong image that should make people think twice about there preconceived notions on the series. Interesting Fox studios home of Star Wars used the same type font in the title. A little subconscious marketing? 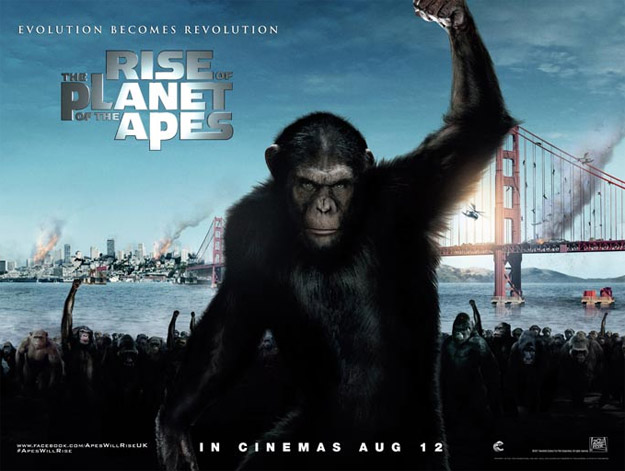