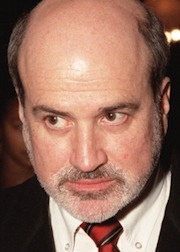 With all the hubbub going around about horrid projection issues at theaters lately you may suspect that the crop of current projectionist working at your local multi-plex have no idea what they’re doing. That’s not exactly true, but these lowly paid projectionist do have the final say in how a film is shown. And that can be a great experience, or a miserable one. Terrence Malick understands this and, in the kindest way possible, is urging projectionist to take special care when showing his new film, The Tree of Life. The bullet points are pretty simple, the vast majority of projectionists should already know about these. Who knows how they’ll accept this little reminder, will this be the most beautifully shown movie in theaters this year? Wouldn’t it be interesting if Malick shot himself in the foot and there was a huge backlash with under-lit and incorrectly framed screenings? Here’s the list: