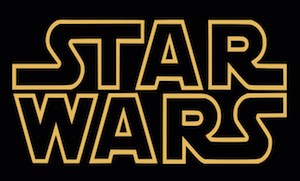 An evil wizard kidnaps a princess, a young farm boy sets out to save her, guided by a wise mentor and in possession of a magical sword.

On the way he meets a charismatic outlaw and a collection of helpers who each teach the young hero a valuable lesson. He eventually triumphs over evil by searching inside himself for his own inner strength and defeats the enemy.

There are examples of this narrative in Russian, Chinese, Indian, Arabian, Germanic, Nordic and English stories, the kinds of tales that were passed down from generation of generation orally, part of a tapestry of narrative that seems to bind humanity itself together. 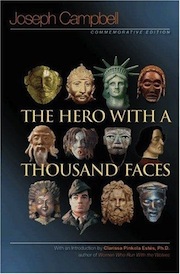 The best purchase George Lucas ever made was Joseph Campbell’s classic structuralist analysis of mythology The Hero With a Thousand Faces, which after having read, he began to write the screenplay for Star Wars.

Campbell explains that in every folk narrative there is a hero’s journey, this he described as a monomyth, a single, unifying story that all human beings were intrinsically attracted to. George Lucas, never one to miss a trick when it comes to attracting audiences (except in the case of Jar Jar Binks) clearly took note.

Campbell believed in the unity of human consciousness, a Jungian synchronicity that unites us all, he saw the monomyth and evidence for this. The unity of consciousness obviously arises in the Star Wars films in the guise of The Force.

Campbell was a keen student of comparative religion, and Star Wars itself is an amalgam of all the world’s major religions, the character of Obi Wan Kenobi could be a John The Baptist, a pagan Merlin, Luke Skywalker a Christ like figure, saviour and redeemer. The force owes more to Eastern religion and to New Age spirituality, stressing a Vedic, Taoist or Buddhist interconnection of all things, and the Jedi, the wandering monk warrior/saint, is represented in almost every world culture.

The Shaolin monks, the Knights Hospitalier, the Kensai and Samurai of Japan, the native American or African shamen and medicine men who covet not earthly things; all these archetypes and voices from our collective past are present in Star Wars. 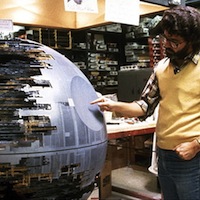 The clever synthesis that George Lucas managed to achieve throughout the first three films (and to a lesser extent during the prequels) was the reinvention of these timeless narrative traditions in a fictional and therefore culturally accessible setting. Multi cultural audiences could access ideas they found familiar in their own and in other cultures, without a sense that they were accessing anything alien or unfamiliar.

George Lucas in a sense was doing what America is best at, taking the raw cultural ingredients of the old world and reinventing them for the new. In doing so he bequeathed to 20th and 21st Century culture Star Wars, which a small part of America’s greatest gift to the world, her popular culture.

John is a guest blogger from HMV.com where the Star Wars Complete Saga DVD is available to pre-order now.

Will J.J. Abrams Ruin Star Wars, Or Will He Unite The Star Trek / Star Wars Fan Base As Director?

2 thoughts on “Star Wars: The Old Ones Are The Best”