One of the great things about film is the way in which surroundings can be manipulated, for example; you can watch a movie and think it is being filmed in a specific location, when in actual fact it is all being filmed in a studio.

There are many famous film locations that fooled the audience, let’s uncover some of the more well-known films, whose directors and producers made an effort to deceive the audience. 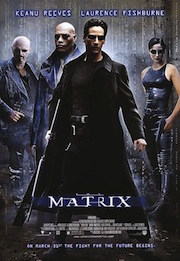 This movie does it’s best to make you think it was all filmed in America when it was actually filmed in Sydney, Australia. There are a number of scenes throughout the movie which give the location away including landmarks, such as the Sydney Harbour Bridge, Martin Place, AWA Tower and ANZAC Bridge. There are several occasions where signage on buildings comes into clear view, such as the Sydney Offices of Telstra and IBM.

One of the biggest give-aways of all was the left-hand traffic flow, which certainly indicates that the film makers had not put a great deal of thought into how the viewers perceived the location.

It was clear however, by the introduction of several American references, that they wanted us to think that was the location. Such references included a picture of the Chicago skyline, maps of the city and the mention of places located in and around Chicago and Illinois. 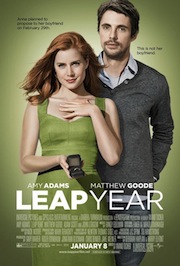 This recent movie, filmed in 2009, included a whole host of deceptive locations. Overall the makers did a pretty good job of convincing us they we’re actually in the location being portrayed, but for the ‘nit-picky’ among us there are plenty of give-aways to indicate the scenes we’re actually filmed elsewhere.

The movie is supposed to be about a woman who goes on a journey from Boston to Whales, only when they want you to think they are in Boston, they we’re actually shooting in and around Dublin Castle in Ireland.

The Airport scene was in fact a construction in a studio made to resemble the airport in Whales. The journey by sea, supposedly from Wales to Dingle in Ireland, was not very well researched because such a journey would mean sailing for around a week with several stops for fuel on the way.

The castle, which they supposedly explore, doesn’t actually exist and is in fact the ruins of Rock of Dunamase near Portlaoise, which has the main motorway to Dublin running right through it.

In the credits the movie maker’s reference help from the official Ordnance Survey map of Ireland, you have to wonder if they ever bothered to look at it, let alone use it.

Sky Captain and the World of Tomorrow 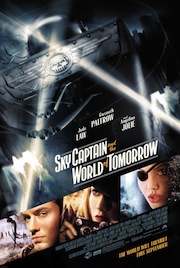 This movie hit the headlines big time in 2004 after it was revealed that the whole movie was shot without using sets or locations. The movie included scenes such as fighter planes weaving in and out of skyscrapers in New York City; A giant Zeppelin landing on the Empire State Building and missiles fired from the floor of the ocean, this is by far one of the best examples of film locations that fooled the audience.

The whole film was shot in front of blank, blue screens in an empty studio; everything else you see in the film was later generated by computer and edited with software!

There was a massive buzz and speculation after their secret came to light and it was expected to cut the cost of shooting movies by millions of dollars, assuming other film makers followed in their footsteps.

This is a guest post by Hotel Club, specialists in finding you the best hotel deals in New York, London, Seoul, Hong Kong and many other popular travel destinations.