While there exists the occasional movie without a soundtrack (think Alfred Hitchcock’s The Birds), music is almost an essential trait in creating a powerful and prolific film. There are those soundtracks that bolster the emotional psyche of a film and there are those that leave you wanting to hear the music again independent of the film. Either way, good soundtracks capture and envelop the moviegoer.

5. There Will Be Blood – Composed by Jonny Greenwood 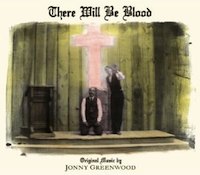 This fantastic period piece about an oilman in Southern California was consistently named the best film of the decade. The bizarre nature of the film was reinforced by its fantastically unsettling soundtrack orchestrated by Jonny Greenwood of Radiohead. The pieces in the soundtrack are brooding and ominous because of how Greenwood manipulates the orchestra to establish a sinister ambiance complementary to the themes of the film. It’ll fascinate you more and more after repeated listens. 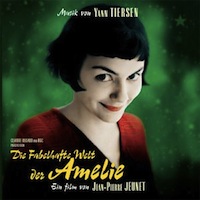 This 2001 foreign film endeared audiences around the world with Audrey Tautou’s performance as the eccentric Amelie. The film’s soundtrack, which was composed by Yann Tiersen, boasts a collection of quirky songs that feel like musical translations of Amelie’s personality. Most tracks are driven by the accordion and piano, but the highlight of the soundtrack is the range of eclectic instruments. Unlike many other soundtracks, the tracks are fairly short for quick and frequent listening.

3. The Lord of the Rings – Composed by Howard Shore 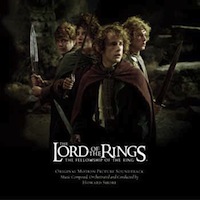 Unlike the low-key music of Amelie, this soundtrack is the complete opposite because it doesn’t get more epic than The Lord of the Rings. Howard Shore wrote hours and hours of music for the trilogy, 10 of which were released in a box set. Although the music is nothing to taps your feet to, you truly embrace the emotional rollercoaster, dozens of individual leitmotifs and grandeur. The pieces are memorable and go so well with the film, they merge with the final product. 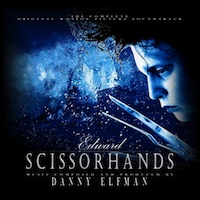 It’s hard to picture a Tim Burton movie without the zany music of long-time collaborator Danny Elfman, whose first work with Burton was the frenetic music of Pee Wee’s Big Adventure. In many interviews, Burton and Elfman have said the work on Edward Scissorhands, both thematically and musically, is their most personal. The peculiarity of the movie sparkles through the whimsical and curious music. 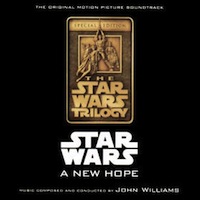 John Williams is a master when it comes to writing brilliant film scores and any of his films could be on this list (Jurassic Park, Harry Potter, Indiana Jones). Nevertheless, this spot undoubtedly has to go to Star Wars. It’s impossible to imagine the opening scenes (or pretty much any scene) without the full orchestra blaring impressive music. The films themselves are definitely masterpieces, but one wonders whether they would have had the same legendary impact without the music. Not only was the music honored by AFI as the most memorable film score of all time, but it was influential in ushering a renewed era of orchestral soundtracks. Hats off to John Williams.

Timothy Martinez Jr. is a freelance writer and contributes to a number of blogs, including the official blog of Backyard Chirper.