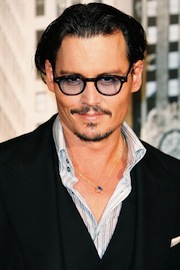 Reports are coming in that Disney has over-extended itself and due to a ballooning budget (close to $300M) on John Carter and a $200M budget on Sam Raimi’s The Great and Powerful Oz, plus many other projects underway, the studio has canceled The Lone Ranger. At this point it may still happen, according to Deadline – “The studio and filmmakers are trying to figure out the next step, which would either be to shop it elsewhere or put it back together at a later date at a lower budget.”

As it stands the film was still slated to come out December 21, 2012 amongst other big releases The Hobbit and World War Z. Disney wanted to get the $250M budget down to $200M, but the filmmakers were only able to reach the $230M mark.

In my opinion this has to be a cash thing and not a gamble thing. John Carter would be a huge gamble (Friday Night Lights lead Taylor Kitsch is still unproven), but The Lone Ranger with the Pirates of the Caribbean dream team of director Gore Verbinski, actor Johnny Depp (as the sidekick Tonto) and producer Jerry Bruckheimer seems like a far more stable choice. With Carter and Oz already far into production and Ranger only in pre-production it was the easiest to stop for the moment. Of course with money spent and Johnny Depp’s pay or play contract (he’s collecting cash either way) this has a possibility of becoming the next big production with budget-baggage (like Superman Returns).

Some are speculating that after the failure of Cowboys & Aliens that perhaps Disney is worried about making a western. I doubt that, considering Cowboys & Aliens failed as a whole, the science fiction and western mixture. Disney does owe Depp (especially after Alice in Wonderland), and if Universal can give Vin Diesel a Riddick 3 then Disney can give Depp The Lone Ranger. That is if he wants to work for his money. Were you waiting for this release? Still think it has a shot at getting made?

3 thoughts on “Disney Over Extends – Cancels The Lone Ranger”