Warner Bros. Studios released the first official picture of Superman from the upcoming reboot Man of Steel (2013). In the photo, actor Henry Cavill definitely looks the part of the iconic hero despite a few minor changes. It seems the studio decided to go with a duller version of the Superman costume, exchanging bright blue and red for navy and maroon. The suit also appears to be textured for a more robust look. Overall the outfit looks more substantial than the standard spandex normally dawned by the hero. Personally, I like the new look. Even though this is only one picture, the changes made to The Last Son of Krypton look to appeal to a more modern audience. 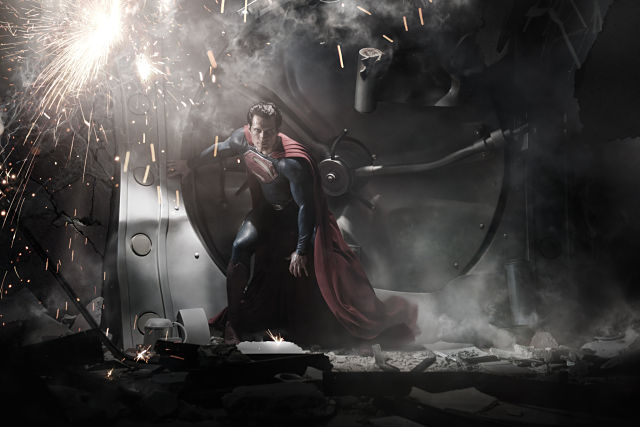