Sometimes watching a high-octane, edge-of-your-seat blockbuster movie can feel just like a nerve-shattering spin on a rollercoaster, so it makes sense that theme-parks would look to the big screen for their design ideas. Here, we take a look at some of the world’s best movie-inspired thrill-rides for your viewing pleasure. 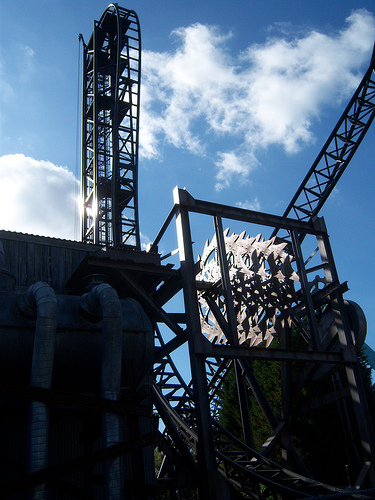 This blood-curdling metal recreation of Jigsaw’s grisly world of torture features a stomach-churning 100ft drop through rotating blades, as riders are propelled through an onslaught of twists and turns that are designed to chill you to the bone. Braver horror fans can also experience Saw Alive! – a gruesome live-action maze that incorporates scenes from each movie from the franchise. 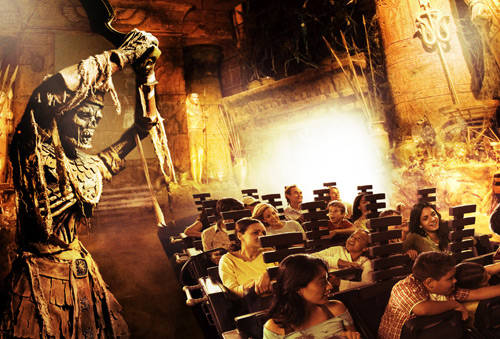 Warrior mummies and scarab beetles come to life in this theme-park reincarnation of the 1999 adventure film franchise. Riders are launched forwards and backwards, at high speeds through dark chambers and collapsing tombs as the high priest Imhotep, brought back from the dead, tries to steal your mortal soul. 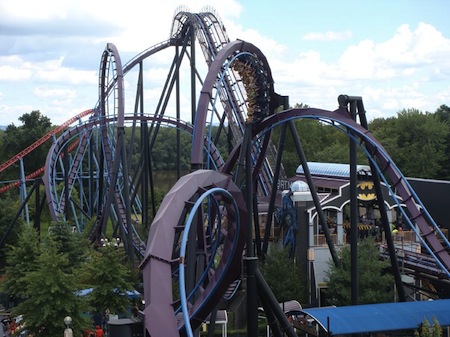 Christopher Nolan’s dark and dramatic depiction of the caped crusader is taken to a new level by this steel floorless rollercoaster which swoops and soars just like the superhero himself. Large vertical loops, twists, corkscrews and a zero-G roll ensure riders will be left quivering from this intense and exhilarating thrill-ride. 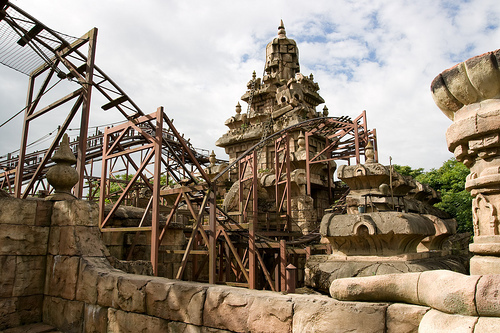 Fans of Steven Spielberg’s classic movie franchise and its whip-cracking archaeologist hero will love this daredevil expedition-ride set in a runaway mine-car. The rickety track screeches through the ruins of an ancient jungle temple, plunging riders right into the heart of the action via a series of whirlwind twists and turns. 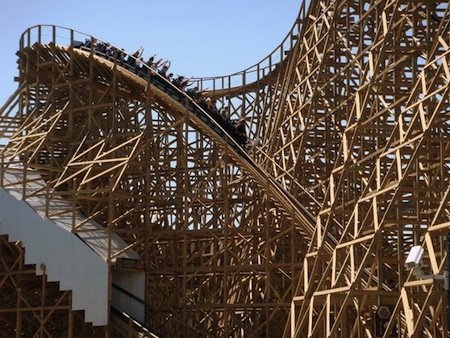 This rip-roaring attraction takes intrepid riders on a journey into the desolate future, where the world is ruled by malicious machines. Rebranded in 2011 as Apocalypse, the heart-stopping wooden highs and lows still retain the industrial armageddon theme, although sadly all references to the great blockbuster movie series have been removed. 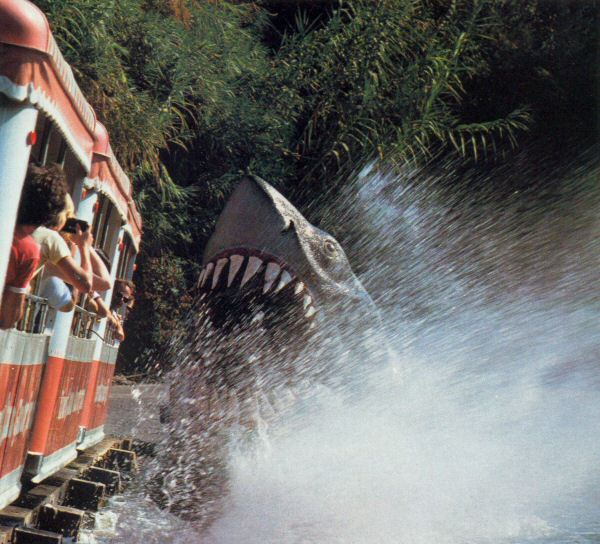 You’ll be absorbed into Spielberg’s nail-biting shark thriller in this chilling action-packed part of the tram tour. As you’re subjected to the fury of a monstrous and relentless Great White shark, you can guarantee you’ll never get back in the water again!

A dazzling neon space-spectacular which transports junior space-rangers into Pixar’s magical animated world of Toy Story 2. Brave young heroes can compete for a Star Command rank by blasting laser cannons at the minions of the Evil Emperor Zurg.

This article was provided on behalf of Thorpe Park Breaks; helping you to find perfect hotels near Thorpe Park.