Belly dance is an exotic form of dance originating in the Middle East and parts of North Africa, coined for the extensive movement in the stomach and pelvic areas of the dancer’s body. Belly dance is an incredibly sensual and difficult dance form to master, and has captivated people for centuries. The erotic and captivating nature of belly dance has, not surprisingly, been portrayed in several American films throughout history, catering to the audience’s interest and intrigue with this dance form. What are the top five belly dancing scenes of all time? The answer to that question may vary depending on the viewer, but read below to see which five made my list! 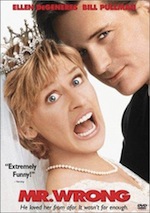 #5 – The film Mr. Wrong (1996), starring Ellen Degeneres, is a comedy chronicling the story of a lone woman who believes she’s finally found the perfect man, but learns he has an alter ego and deals with this realization. The movie itself is mediocre at best, but one scene at the beginning of the movie involved Ellen’s character on a date with a man, while a woman belly-danced in the background, much to the pleasure of Ellen’s date. Ellen’s character points to the belly dancer’s shimmery, revealing outfit and jokes, “I almost wore that.” Also pretty good- though short-lived- dancing on the part of the unknown belly dancer. 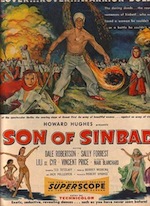 #4 – Son of Sinbad (1955) features a really skillful belly dance performed by Nejla Ates- a man asks her, “Have you seen Sinbad?” and she nods, saying that she’ll direct him via belly dance. She then erupts into a beautiful and very clean belly dance number, which she performs with perfect poise and elegance. I especially like her use of her arms, as well as her costume (dancing well in heels? Skills!) and gorgeous make-up. The semi-Western (yet still Middle Eastern-esque) undertone of the music played in the background adds to the effect. 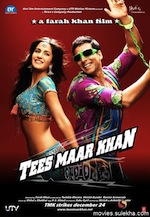 #3 – I admit that I have a Bollywood fetish- the costumes, the cheesy songs, the predictable story lines. What I love the most, however, is the dancing- my favorite belly dance scene, which is also popular among the Indian public, would be Katrina Kaif’s performance in the song “Sheila Ki Jawani” in the film Tees Maar Khan. Katrina Kaif is sporting an annoyingly flat stomach and a collected confidence, and the dance moves are modern but with definite belly dance influences. 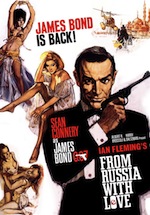 #2 – From Russia with Love (1963), the second in the James Bond spy film series, has a phenomenal belly dance routine performed by British dancer Lisa Guirat, who does everything from stomach undulations to hip waving to literally bending over backwards in order to seduce one of the male characters. 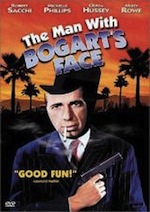 #1 – To top the list, The Man with Bogart’s Face (1980) is a comedy film, and the belly dancing in this movie is done not by one but by multiple women in an underground cabaret scene. Even the dialogue in this movie pays tribute to the beauty of the art form, claiming that it is one of the “most sensuous and sexual” of all dance forms. The scene here gets to be awkward and difficult to watch, but really allows you to appreciate the artistry involved in belly dance, brushing the sexual tension aside and focusing on the movement.
So there you have it- my top five favorite belly dancing scenes of all time! Do you have any favorite scenes that didn’t make the list?

Akilah Patterson is a bellydance fitness instructor and content contributor for zenartsla.com, a company providing corporate entertainment for various events, often including fire eaters and fire dancers in their productions.

Get these Best of Belly Dancing Movies from Amazon.com

Quentin Tarantino’s Best and Worst of 2011