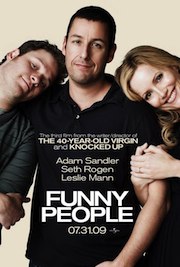 Judd Apatow casts his former real-life roommate Adam Sandler as George Simmons, a comic superstar who learns in the movie’s opening scene that he suffers from a rare blood disorder that will likely kill him within a year. This news gives him the impulse to go back out and work on his standup, something he hasn’t done in years thanks to the massive success of his movie career. At a club, he meets struggling standup Ira Wright (Seth Rogen), takes a shine to him, and hires the young man both to write jokes and to be his personal assistant. Ira, who’s been sleeping on a friend’s pull-out couch and working a day job at a deli, enjoys the glimpse into the superstar lifestyle, but soon the protégé discovers how selfish and egocentric his mentor really is. Jason Schwartzman and Jonah Hill, and a host of famous standup comics make cameo appearances as themselves. 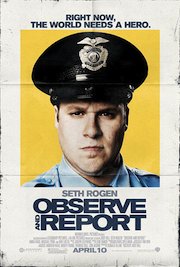 At the Forest Ridge Mall, head of security Ronnie Barnhardt (Seth Rogen) patrols his jurisdiction with an iron fist. The master of his domain, he combats skateboarders, shoplifters and the occasional unruly customer while dreaming of the day when he can swap his flashlight for a badge and a gun. Ronnie’s delusions of grandeur are put to the test when the mall is struck by a flasher. Driven by his personal duty to protect and serve the mall and its patrons, Ronnie seizes the opportunity to showcase his underappreciated law enforcement talents on a grand scale, hoping his solution of this crime will earn him a coveted spot at the police academy and the heart of his elusive dream girl Brandi (Anna Faris), the hot makeup counter clerk who won’t give him the time of day. But his single-minded pursuit of glory launches a turf war with the equally competitive Detective Harrison (Ray Liotta) of the Conway Police, and Ronnie is confronted with the challenge of not only catching the flasher, but getting him before the real cops do. 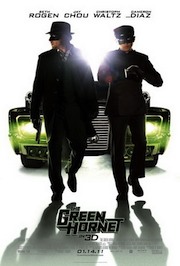 Britt Reid (Seth Rogen) is the son of LA’s most prominent and respected media magnate and perfectly happy to maintain a directionless existence on the party scene—until his father (Tom Wilkinson) mysteriously dies, leaving Britt his vast media empire. Striking an unlikely friendship with one of his father’s more industrious and inventive employees, Kato (Jay Chou), they see their chance to do something meaningful for the first time in their lives: fight crime. To get close to the criminals, they come up with the perfect cover: they’ll pose as criminals themselves. 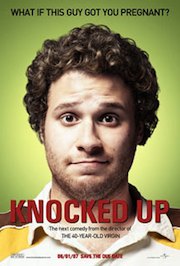 Allison Scott (Katherine Heigl) is an up-and-coming entertainment journalist whose 24-year-old life is on the fast track. But it gets seriously derailed when a drunken one-nighter with slacker Ben Stone (Seth Rogen) results in an unwanted pregnancy. Faced with the prospect of going it alone or getting to know the baby’s father, Allison decides to give the lovable doof a chance. An overgrown kid who has no desire to settle down, Ben learns that he has a big decision to make with his kid’s mom-to-be: will he hit the road or stay in the picture? Courting a woman you’ve just Knocked Up, however, proves to be a little difficult when the two try their hands at dating. As they discover more about one another, it becomes painfully obvious that they’re not the soul mates they’d hoped they might be.

Get these Best of Seth Rogen Movies from Amazon.com