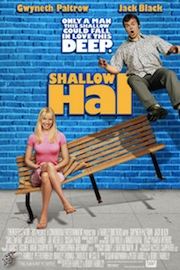 Hal (Jack Black), following his dying father’s wishes, dates only young, gorgeous women. All that changes when a self-help guru hypnotizes Hal into seeing only the inner beauty of women, oblivious to their true physical appearance. He soon meets and falls for Rosemary (Gwyneth Paltrow), a obese and homely woman whose kindness is seen by Hal as female physical perfection. But when his equally shallow best friend, Mauricio (Jason Alexander), undoes the hypnosis, Hal is faced with a difficult decision. Look for funny scenes in which the skinny Gwyneth Paltrow interacts with the world as if she weighed three hundred pounds all the while Jack Black’s Hal is none the wiser. 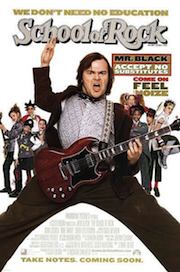 Hell-raising guitarist Dewey Finn (Jack Black) is anti-establishment to the hilt, irreverent to the max, and he worships the power of rock and roll. With a penchant for stage-dives and 20-minute solos, Dewey is determined to lead his rock group to victory at the local Battle of the Bands, but his band mates fire him instead. Down-and-out, in need of rent money and wallowing in his apartment strewn with take-out containers, Dewey picks up a phone call intended for his roommate Ned (Mike White), and impulsively accepts a job as a substitute teacher at the prestigious Horace Green Elementary School. There, by-the-book Principal Mullins (Joan Cusack) watches his every move like a hawk. But while Dewey might not know how to teach, he does know how to inspire confidence in his fifth graders. And when he accidentally overhears them performing in an orchestra class, he decides to mold these young musical prodigies into a high-voltage rock band, which will change their lives forever. 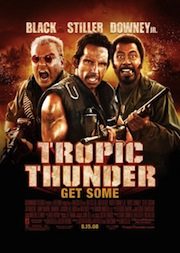 Pampered action superstar Tugg Speedman (Ben Stiller) is cast in the biggest, most expensive war movie ever produced. He sets out to Southeast Asia with a “Who’s Who” of celebrity co-stars. They include Kirk Lazarus (Robert Downey Jr.), an intense, three-time Oscar-winning actor; Jeff Portnoy (Jack Black), star of the popular gross-out comedy franchise “The Fatties”; multi-platinum hip-hop-star-turned-entrepreneur-turned-actor Alpa Chino (Brandon T. Jackson); and first-timer Kevin Sandusky (Jay Baruchel). Soon after the production begins the actors are thrown into a real-life situation and are forced to become the fighting unit they’re portraying in order to find a way out of the jungle in one piece. 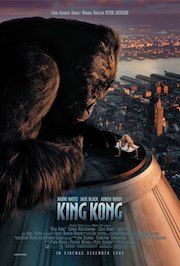 Ann Darrow (Naomi Watts), an actress from the world of vaudeville, finds herself out of a job in Depression-era New York. Her luck changes when she meets Carl Denham (Jack Black). Denham is an entrepreneur, raconteur, adventurer and filmmaker who is struggling to make a name for himself in the entertainment industry. Bold, ebullient and charismatic, Denham has a natural sense of showmanship and an appetite for greatness, which ultimately leads to catastrophe. Meanwhile, Jack Driscoll (Adrien Brody), a New York playwright, finds his heart and physical courage are put to the test when a gigantic ape is captured in the wild and brought to civilization. 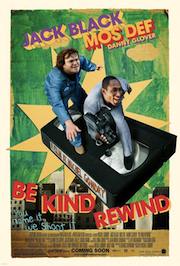 A loveable loser (Jack Black) is stuck in a life that’s too small for his big dreams. But when he unintentionally erases all the tapes in a video store where his best friend (Mos Def) works, he devises a plan to satisfy the store’s few loyal customers by re-creating and re-filming every movie they decide to rent (coined as “sweding” in the film). Director Michel Gondry’s love song to b-movies, vhs and video stores is a funny and touching story that will have you wanting a “sweded” version of your movie favorites.

Get these Best of Jack Black Movies from Amazon.com