Ryan Gosling continues to deliver career defining work in peculiar roles that would break other lesser actors. Once again this master thespian is able to completely and convincingly embody an offbeat character that ages three decades over the course of the story. Based on a true story All Good Things features Gosling as David Marks, New York real estate heir and a man with a fragile psyche that has been psychologically tormented since witnessing his mothers suicide at a young age. Seemingly well adjusted David is able to maintain a quiet demeanor and positive social attitude for the better part of his twenties. Marks meets a nice girl named Heather (Kirsten Dunst) marries her and moves to a rural location to open a whole foods type store.

Things are ideal until David’s father, Howard Marks (a powerful Frank Langella), shows up and offers his son a more prominent role in the family business. Thinking this is the lifestyle Heather secretly craves, David moves the couple back into Manhattan. Slowly David and Heather start to drift apart due to the struggles of life and differing thoughts on family. Once Heather aborts an unwanted pregnancy the couple are doomed. Outbreaks turn violent and physical, Heather leaves on more than one occasion but is inexplicably drawn back to her husband. Until one night in 1982 Heather Marks vanished for good.

The story as presented by filmmaker Andrew Jarecki and writers Marcus Hinchey and Marc Smerling makes it abundantly clear they feel that David Marks killed his wife and at least one other person during the period between 1982-2003. It’s an absolutely compelling mystery that makes for an excellent true crime story. The acting is so stellar it elevates material that may seem hammy in less talented hands. This is the definition of ‘character acting’; giving life to a dislikable character while gaining audience sympathy and loyalty. It’s a fascinating performance that resonates at the center of this uniquely gripping true life tale. One of the year’s best films. 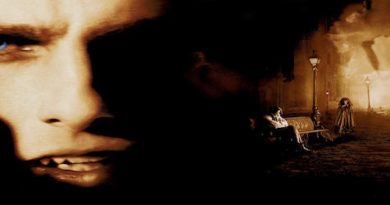