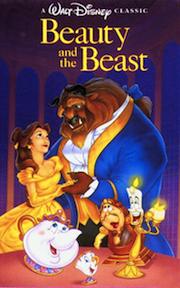 If you listen to our Live Movie Mavericks Podcasts then you’ll know that since The Lion King 3D released we’ve been saying that Disney is going to go back to the well and release a slew of 3D retrofitted animated films. Today they officially announced just that. Beauty and the Beast, which Disney has had a 3D version of for quite sometime and was planning on dumping it straight to video after a very small theatrical run in its El Capitan Theatre in Hollywood, is slated for release on January 13, 2012. Finding Nemo is slated for September 14, 2012, Monsters, Inc. for January 18, 2013 and The Little Mermaid for September 13, 2013. You can be sure that if these do even moderately well compared to The Lion King‘s $80 million re-release take that we’ll be seeing even more older Disney cartoons being re-released. What’s nice about this is they also show them in 2D, The Lion King was shown in 2D at the beginning of the day and then switched over to 3D later in the day. So if you’re truly a 3D hater, don’t despair. With Sony next to experiment with their Thursdays only Ghostbusters run perhaps we’ll being seeing more than just kiddie flicks returning to theaters as well.