A new credit featuring Michael Clarke Duncan as Darkseid has appeared on IMDb’s Man of Steel (2013) page. If true, this is great news for the film for a few reasons. First, Darkseid is one of the most powerful foes to ever face Superman. A true super villain, Darkseid’s power can only be matched by the Man of Steel himself. Secondly, Michael Clarke Duncan has the perfect voice for the menacing Darkseid. His resent stint as Kilowog in DC’s Green Lantern (2011) film proves that.

With both Lex Luthor and General Zod already set to appear in the film, the addition of Darkseid would make sure Superman has plenty of enemies to tango with. General Zod will be played by Michael Shannon and Fringe actor Michael Cerveris is up for the role of Lex Luthor, although he is not confirmed yet. 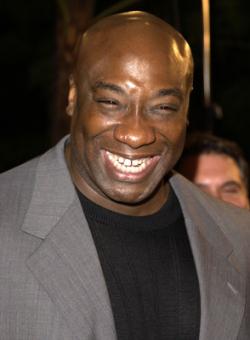 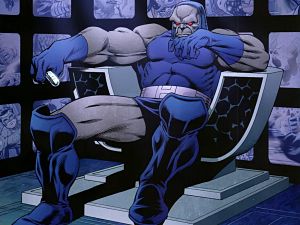 Darkseid on his throne.