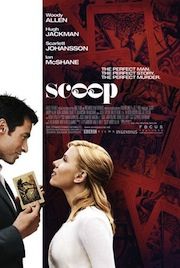 The late U.K. journalist Joe Strombel (Ian McShane) is being mourned by his colleagues—even as, stuck in limbo, Joe remains committed to pursuing a hot tip on the identity of “the Tarot Card Killer” at large in London. But how can his legwork get done now? Via the very much alive Sondra Pransky (Scarlett Johansson). Sondra is an American journalism student visiting friends in London. During a stage performance by another American, magician Sid Waterman (Woody Allen), Sondra is shocked to find herself able to see and hear Joe. From beyond, he gives her the scoop of a lifetime and urges her to pursue it. Sondra immediately starts chasing the big story, enlisting the aid of a reluctant Sid. That chase leads right to handsome British aristocrat Peter Lyman (Hugh Jackman). Soon, Sondra finds that the romance of her life may well be the dangerous scoop she’s looking for. 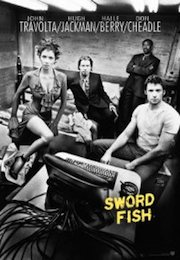 John Travolta stars as Gabriel Shear, a charismatic spy who plots to steal a multi-billion-dollar fortune in illegal government funds. In order to make his scheme work, however, Gabriel needs some help from a computer hacker, which is where Stanley Jobson (Hugh Jackman) comes in. Stanley has been paroled from prison after serving a lengthy sentence for penetrating the FBI’s cyber-surveillance operations. Issued a restraining order that keeps him away from computers and living penniless in a trailer park, Stanley wants only to be reunited with his daughter Holly, who’s in the custody of his ex-wife, now remarried to a pornographer. Gabriel and his partner Ginger (Halle Berry) offer Stanley the chance to get his child back in exchange for his help, but the hacker soon realizes he’s a pawn in a larger operation than the high-tech bank heist he thought he was perpetrating. In the meantime, a dedicated federal agent (Don Cheadle), the same man who once arrested Stanley, is trying to expose Gabriel’s operation. 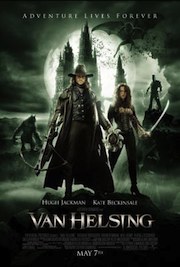 Gabriel Van Helsing (Hugh Jackman) is a man cursed with a past he cannot recall. Charged by a secret organization to seek out and defeat evil, his efforts to rid the world of its nightmarish creatures have been rewarded with the title that now follows him: murderer. Van Helsing roams the globe an outcast, a fugitive, a loner, himself hunted by those who don’t understand the true nature of his calling. When dispatched to the shadowy world of Transylvania, Van Helsing finds a land still mired in its past, where legendary creatures of darkness come to life. A place ruled over by the evil, seductive and undefeatable vampire, Count Dracula (Richard Roxburgh)… and it is Dracula that Van Helsing has been sent to terminate. Anna Valerious (Kate Beckinsale) is one of the last of a powerful royal family, now nearly annihilated by Dracula. Anna is bent on avenging her ancestors and ending an ancient curse by killing the vampire. Joined by a common foe, Van Helsing and Anna set out to destroy Dracula along with his empire of fear. But in challenging an enemy who never dies, Van Helsing uncovers a secret he never imagined and comes face-to-face with the unresolved mysteries of his enshrouded past. 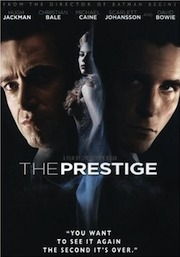 In rapidly changing, turn-of-the-century London, at a time when magicians are idols and celebrities of the highest order, two young magicians set out to carve their own paths to fame. The flashy, sophisticated Robert Angier (Hugh Jackman) is a consummate entertainer, while the rough-edged purist Alfred Borden (Christian Bale) is a creative genius who lacks the panache to showcase his magical ideas. They start out as admiring friends and partners. But when their biggest trick goes terribly awry, they become enemies for life — each intent on outdoing and upending the other. Trick by trick, show by show, their ferocious competition builds until it knows no bounds, even utilizing the fantastical new powers of electricity and the scientific brilliance of Nikola Tesla (David Bowie) — while the lives of everyone around them hang in the balance. Based on the novel by Christopher Priest. 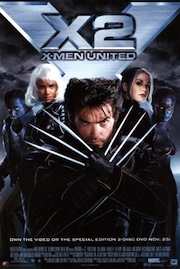 When a shocking attack by an unknown assailant possessing extraordinary abilities points to the work of a mutant, the political and public outcry for a Mutant Registration Act is renewed. Leading the anti-mutant movement is William Stryker (Brian Cox), a wealthy former Army commander and scientist who is rumored to have experimented on mutants. Stryker’s mutant “work” is somehow tied to Wolverine’s (Hugh Jackman) mysterious and forgotten past. As Wolverine searches for clues to his origin, Stryker puts into motion his anti-mutant program beginning with a full-scale military offensive on Xavier’s (Patrick Stewart) mansion and School for the Gifted. Magneto (Ian McKellen), newly escaped from the plastic prison he was incarcerated in, proposes a partnership with the X-Men to combat their common and formidable enemy, Stryker.

Get these Best of Hugh Jackman Movies from Amazon.com

Quentin Tarantino’s Best and Worst of 2011