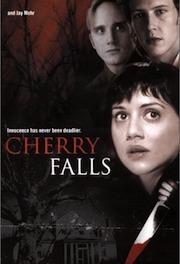 A serial killer stalks teenage high school girls who are still virgins in a small Virgina town. The film focuses on the daughter (Brittany Murphy) of the sheriff (Michael Biehn) and her on and off relationship with her boyfriend (Gabriel Mann). Matters are complicated by a dark secret in the shared past of the sheriff and the high school prinicipal, which as it turns out, has a lot to do with the recent murders. An English teacher (Jay Mohr) helps the kids through these troubling times. The killing continues until the students decide to set up an orgy in order to save themselves and bring about a shocking ending. 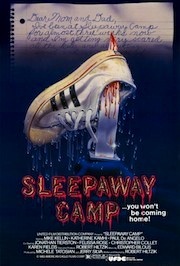 After a horrible boating accident kills her family, Angela, a shy and sullen young girl, moves in with her eccentric aunt Martha, alongside her protective cousin Ricky. One summer, Martha sends the kids to Camp Arawak. Soon after their arrival, a series of bizarre and increasingly violent accidents begins to claim the lives of various campers. The famous killer’s reveal in the climax of this film is just as shocking as the end of Psycho, but far more disturbing. 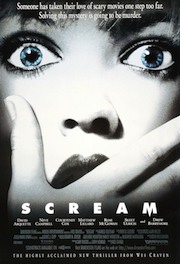 One year after the death of Sidney Prescott’s (Neve Campbell) mother, two students turn up gutted. When a serial killer appears, Sidney begins to suspect whether her mother’s death and the two new deaths are related. No one is safe, as the killer begins to pick everyone off one by one. One girl and her friends find themselves contemplating the “Rules” of horror films as they realize they’re living in a real-life one. Everyone’s a suspect in this taut thriller. 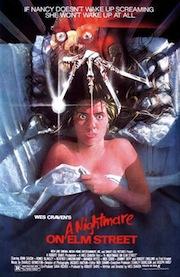 Psychopath Freddy Krueger (Robert Englund), known as the Springwood Slasher, murdered several children with a glove outfitted with razor blades attached to the fingers. When a foolish decision by a judge sets him free, Krueger is hunted down and burned to death by an angry mob of the parents whose children he terrorized and murdered. Years later, the children whose parents were responsible for Krueger’s death, including Nancy Thompson (Heather Langenkamp), daughter of the police officer who arrested Krueger, are experiencing terrifying nightmares involving a strange burned man in and old fedora wearing a glove with razor blades on the fingers. Nancy soon finds out that whatever happens in the dreams also happens in real life when her best friend Tina dies in her sleep during a dream confrontation with Krueger. Nancy realizes she must face Krueger and engineer a trap to catch him and put a stop to his reign of terror—or never sleep again. Look for Johnny Depp in his first feature film role. 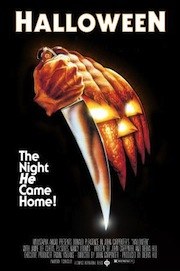 It was a cold Halloween night in 1963 when six-year-old Michael Audrey Myers brutally murdered his 17-year-old sister, Judith Margaret Myers. He was sentenced to the Smith’s Grove-Warren County Sanitarium for his brutal crime. There, he remained locked away and dormant for 15 years. But on October 30, 1978, things are about to change. While being transferred for a court date, 21-year-old Michael Myers escapes. He returns to his quiet hometown of Haddonfield, Illinois, where he follows three young women. Seventeen-year-old Laurie Strode (Jamie Lee Curtis) is a quiet bookworm, preferring babysitting over parties. As she goes about her school day, she finds her mind playing tricks on her. Her friends, Annie and Lynda, are busy thinking about the fun of Halloween night. That evening, Laurie and Annie are babysitting across the street from each other. Laurie has to keep an eye on comic-loving Tommy Doyle, while Annie watches “little Lindsey Wallace,” obsessed with the television. Little do they know, Michael Myers has come home to kill. Their only hope is Dr. Loomis (Donald Pleasence), Michael’s childhood psychiatrist who has followed Michael’s trail back to Haddonfield. Loomis enlists the help of town sheriff Leigh Brackett (Charles Cyphers), who happens to be Annie’s father. The duo search the streets, but the bogeyman is close to his prize for the night.

Get These Slasher Horror Movies From Amazon.com