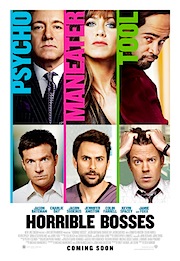 Horrible Bosses was on my top ten list of best films in 2011, so I am ecstatic to say that a sequel is in the works. Hollywood Reporter has the exclusive on this, but basically New Line is trying to put back together the team that brought us a hysterical and original comedy. John Francis Daley and Jonathan Goldstein have already signed on to write, Jason Bateman, Charlie Day and Jason Sudeikis are expected to return and the studio is currently in talks with director Seth Gordon. Horrible Bosses was a surprise hit of summer 2011, made for only $35 million it went on to gross $209 million worldwide. 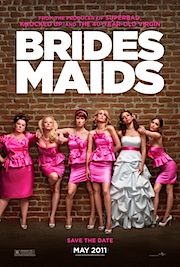 Bridesmaids is also being lined up for a sequel, and Hollywood Reporter had this exclusive as well. Another smash comedy hit of early summer 2011, the often called Hangover for girls comedy was made for $32.5 million and went on to gross $288 million worldwide. This sequel would go ahead without star Kristen Wiig, who said “We aren’t working on that … Annie and I aren’t planning a sequel. We are writing something else.” The Annie she’s speaking of being Annie Mumolo, who co-wrote the original with Wiig. Universal is still interested in a sequel though, and with the box office potential it’s no real surprise. Apparently HR sources are saying that the ensemble cast was underwhelmed by the $100k bonus checks they got, which does seem a little low for such a runaway success. Universal is leaning towards Melissa McCarthy (the sturdier, boyish, rude, Zach Galifianakis of the group) as a key player in the sequel. She definitely stepped away from past characters she played with Bridesmaids, and in a way it was a break out role for her. Universal has already got her attached to ID Theft with Jason Bateman, so she’s still a possibility for this. Producer Judd Apatow doesn’t sound so convinced that a Wiig-less Bridesmaids 2 is in the cards, “We don’t want to do it unless it can be great. I don’t think anyone has had the brain space to think about it yet. Hopefully that can begin this year.” Time will tell, but I bet Universal gets its Bridesmaids to the altar at least once more. 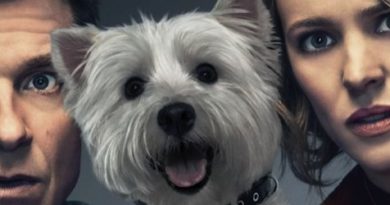