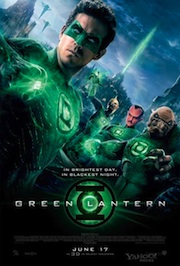 A test pilot embraces his destiny as a cosmic superhero in Casino Royale director Martin Campbell’s adaptation of the popular DC Comics series. Ever since he saw his fearless father perish in a tragic aviation mishap, all Hal Jordan (Ryan Reynolds) could think about was flying Little did he realize he was destined for something much bigger. Somewhere out in space, a powerful force of evil known as Parallax is spreading fear and destruction; the only hope for defeating Parallax is the Green Lantern Corps, a group of intergalactic warriors powered by the force of will. This expensive Warner Bros. production was supposed to be one of summer 2011 big contenders for box office glory. After a solid $53 million dollar opening weekend, word of mouth quickly sunk this wannabe blockbuster. Having already spent big money to post convert the movie into 3D, the producers still felt the film was lacking. Shortly before the release date and additional $9 million was spent on visual effects work. Even though Green Lantern lost a ton of money during its theatrical run, Warner Bros. still has talked about sequel possibilities. 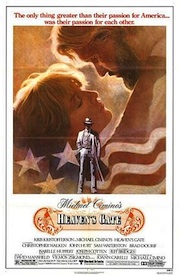 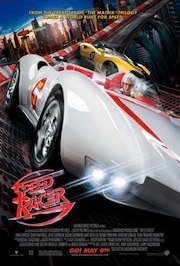 The Matrix masterminds Andy and Larry Wachowski usher anime icon Tatsuo Yoshida’s classic 1960s-era hit into the new millennium with this family-friendly story of a young racecar driver who takes on the mysterious Racer X in a custom-made, gadget-loaded speed machine named the Mach 5. After the financial success of The Matrix trilogy, the Wachowski brothers delivered this underrated little seen kiddie epic that looks as if every one of it’s $200 million production made it onscreen. One of the costliest bombs in the nearly 100 year history of Warner Bros. Studios. 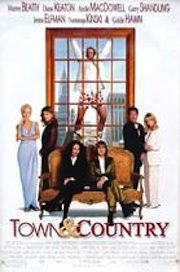 This long-delayed romantic comedy from director Peter Chelsom stars Warren Beatty as a wealthy New York architect, Porter Stoddard. The revelation that his best friend Griffin (Garry Shandling) is cheating on his wife Mona (Goldie Hawn) leads to a mid-life crisis of sorts for Porter, jeopardizing his marriage to Ellie (Diane Keaton). A so-called comedy devoid of wit or laughs with a screenplay co-credited to the legendary scribe Buck Henry. A movie so bad its available for 1cent on amazon.com;Don’t believe me? Click on the link at the bottom of the page. 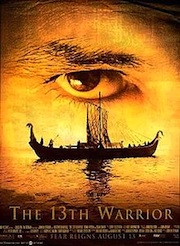 A cultured diplomat joins a band of savage warriors in time to meet an even more fearsome enemy in this historical adventure.The 13th Warrior was based on the book Eaters of the Dead by Michael Crichton, which was in turn adapted from tales of Viking folklore. The film had a very troubled production, director John McTiernan’s original cut was deemed unwatchable. Author Michael Crichton was brought on to film addition scenes and costly reshoots. Unhappy with the score by noted composer Graeme Revell, Crichton went to Jerry Goldsmith to re-score the picture at further cost. Actor Omar Sharif has publicly stated that he was so disappointed by the finished film he took a temporary retirement from acting. This dud sat on the shelf for nearly two years before its eventual release. 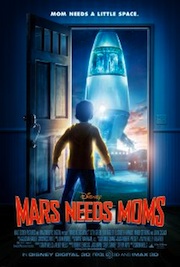 The film had an opening weekend gross of only $6.9 million, making it the twelfth worst opening ever for a film playing in more than 3000 theaters, and one of the lowest openings for a major 3D release. Due to its high budget of $175 million, the film is considered a massive box office bomb. Its commercial failure contributed to Disney’s cancellation of the planned remake of Yellow Submarine, which was intended to be made with the same motion capture technology used in Mars Needs Moms. 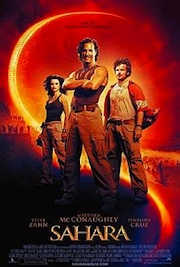 Matthew McConaughey stars as explorer and adventurer Dirk Pitt in this adaptation of the best-selling novel by Clive Cussler. Pitt thinks he may have found both a fortune and the answer to a long-standing mystery when he discovers a rare coin in the waters of a river in West Africa. A sequel was planned but was canceled due to poor box office sales. I really enjoyed this film and it’s a shame the production was so mismanaged from a financial standpoint that $120 million worldwide gross wasn’t enough to cover costs. 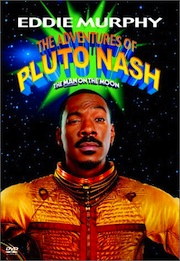 In the year 2087, the Earth’s natural resources have been largely depleted, and an increasingly large number of people have taken up residence on the moon, where the pioneering attitude of the new residents has created a culture not unlike the old west. This turkey was another in a long list for Eddie Murphy, though none of his previous efforts had such a dismal box office gross. The script had been floating around various studios since 1985. Once again this bomb sat on the shelf for two years before it’s eventual release. Murphy refused to do any publicity to promote the film. 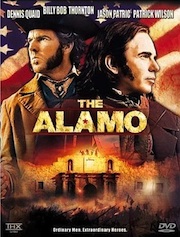 The Alamo retells the story of the historic 1836 battle in the Texan War of Independence. Facing 4,000 Mexican troops, 186 Texan soldiers and volunteers. Original director Ron Howard and Russell Crowe left the project early on over disagreements on budget, then a reported $200 million. In came John Lee Hancock who scaled the production down to around $90 million. With a tough sell subject-wise and an aggressive marketing campaign that promised action but delivered flat drama, audiences felt cheated and fled. The detailed and expensive production took seven months to shoot the movie. The final battle, which actually lasted less than 6 hours in the pre-dawn morning of 6 March 1836, took over a month to shoot. 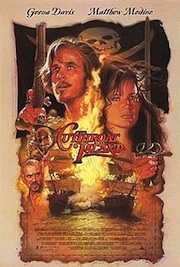 Before 2003 Pirate movies were considered cinematic taboo, due to the poor performance of this notorious bomb. Re-teaming the husband and wife duo of director Renny Harlin and Geena Davis resulted in a film that is flawed yet far more enjoyable than the reputation would lead you to believe. Morgan Adams (Davis) is the daughter of a pirate who has followed in her father’s footsteps. When he dies, he passes along his ship, a crew of bandits, and one third of a treasure map (which happens to be tattooed on his skull). Morgan is eager to search out the rest of the map and retrieve the riches. Michael Douglas was briefly attached to star before departing the ill fated project early on, causing director Harlin to scramble and recast the role in a short time. During this period set construction and script work were done without his input. Harlin didn’t like what he saw when shooting was set to begin, leading to massive, expensive rebuilding and rewriting. Further problem arose when during filming Renny Harlin fired the chief camera operator following a dispute, more than two dozen crew members quit. Cutthroat Island all but bankrupted Carlico Studios a mini-major powerhouse during the prosperous 1990’s.

Get these Biggest Box-Office Bombs from Amazon.com