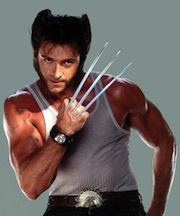 Apparently Fox isn’t upset with getting stuck with the bill on the last outing with Wolverine, as the newest film has been set to release on July 26, 2013. The film has continually been delayed, with Darren Aronofsky (strange choice to begin with in my opinion) leaving and James Mangold (Walk the Line, 3:10 to Yuma, Knight and Day) stepping in to helm the Hugh Jackman (ya he’s back) starrer.

With the successful reboot X-Men: First Class allowing for that franchise to continue without Wolverine, Fox has been desperate to get a side-going series starring the most famous X-Man. Let’s not forget that X-Men Origins: Wolverine would have been a complete failure without that first astonishing $85M opening weekend (which quickly plummeted by 70% the following weekend proving the film sucked), but proving that there is a demand for the character, and thus Fox continues to push Wolverine.

As we saw with Sony and Marvel’s relationship (and really anyone licensing other’s characters) Fox is probably contractually obligated to continue making films to hold on to the rights, especially since Marvel is now owned by Disney and has in the past bought back rights to other characters. I like Wolverine, but honestly we need a little longer of a break from this, push it back to 2014 and come back full bore without Jackman. Not that he’s bad in the role, but I’d like to see something a little different at this point, not unlike what happened with X-Men: First Class reinvigorating my interest with the X-Men. What do you think? Something you’re looking forward to?