Henry McCarthy, a successful author, must Stay Cool as he returns to his hometown high school to give a commencement speech to the graduating senior class. He realizes how lost he is in life as he experiences high school all over again. His old friends are still around to keep him company, and he finally gets up the nerve to approach an old crush. During this time Henry gets wrapped up with taking a high school girl to the prom, which he didn’t attend in his day and age. What will Henry take away from these experiences? Can he piece his life back together?

The author returning to his hometown after having written a successful book about the people he grew up with is overplayed at this point, and frankly has been done far better before. Typically this is done with a twenty-something cast, but Stay Cool has subbed in a pushing forty group who come off a little pathetic in a coming of age type story at their age. We’re not given anything to root for here in Henry, he continuously wanders from subplot to subplot never fully planting his feet enough to take a real stand.

My biggest complaint is the lack of danger. Henry is constantly being dragged into troublesome situations only to be immediately and easily bailed out. None of the subplots overlap or have anything to do with one another. While bumming around the high school he catches the eye of senior Shasta O’Neil (Hilary Duff) and winds up taking her to the prom. The huge age difference would normally cause a stir, but even her father doesn’t get up from the couch to stop it. This all happens while he is seeing his high school crush Scarlet Smith (Winona Ryder), but the obvious payoff there is never attempted, Scarlet finding out that Henry has taken a high schooler to the prom. Then the whole affair wraps up quickly leaving everyone unchanged without any true new insights into their supposed difficult lives.

I can’t recommend Stay Cool, it’s not funny enough to be called a comedy, but not touching enough to be a drama. It’s an un-dramedy. Such a shame with such an amazing (and un-utilized) cast – Mark Polish, Winona Ryder, Sean Astin, Hilary Duff, Josh Holloway, Chevy Chase, Marc Blucas and Jon Cryer. 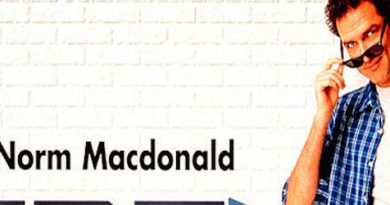