Conquest is a little seen Italian import from famed horror director Lucio Fulci. It takes place during a time of darkness in the once peaceful land of Cronos. The demon sorceress Ocron controls the sun and threatens to bend all to her savage will. The only hope lies with LLias and Maxz, two warriors who have boldly set forth to Ocron’s dark territory to destroy her.

Conquest is far more ambitious than other Italian produced Conan the Barbarian knock offs from the same period. If you’re familiar with director Lucio Fulci’s work than this sword and sorcery tale may have more appeal. For the uninitiated Conquest comes off like a sometimes brilliant yet schlock filled b-movie. Adventurous viewers who are able to get through the maddening complex opening moments will be rewarded with a unique experience. Fulci is a man known for his work in the horror genre and that is apparent here, numerous severed heads and brain matter fly every so often. It’s reminiscent of Don Coscarelli’s work on The Beastmaster, a film which Conquest robs some ideas from. Namely, Maxz’s ability to communicate with animals. Though it can be argued that Conquest is more imaginative in terms of story and special effects.

There is a certain audience out there for this kind of film. I count myself amongst them, for I’m a fan of titles like Deathstalker 2, Hercules, and The Blade Master. These imports are known for outlandish story arcs, loads of nudity and badly choreographed action sequences. On those terms Conquest is a bizarre success. Viewers are warned to avoid the VHS transfer and seek out the pristine DVD print. Fulci has filled his frames with an abundance of fog and orange kissed sunsets, both of which are massacred on the pathetic VHS format. 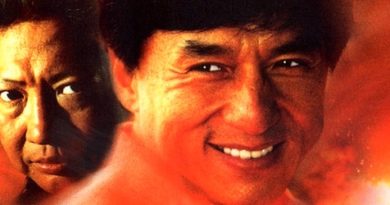 I’m a Fan of ‘The Sword and the Sorcerer’