For sometime now Channing Tatumn has been talking about his past as a stripper working in Florida. Director Steven Soderberg has co-scripted this tale based on Tatumn’s past exploits. The ensuing film titled Magic Mike features a cast of high profile actors, yet these images look as if they escaped from Paul Verhoeven’s Showgirls debacle. Audiences can decide when Magic Mike premiers June 29th. Tatumn and Soderberg have both confirmed this will be a hard (stop it!) R rated drama. 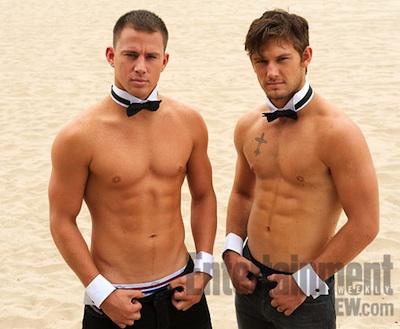 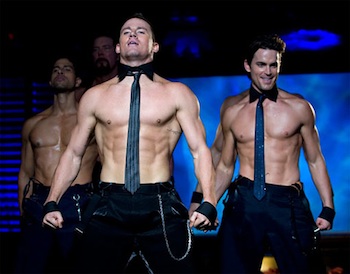 Podcast EP123: Magic Mike, Ted, People Like Us and Madea Predictions Plus News