One time Oscar nominee Eric Roberts has amassed nearly 250 film appearances, in a career spanning over 30 years. Most of those titles have consisted of low-budget genera pictures. Full Moon Productions, the company behind The Dead Want Women, has produced over 250 movies. It’s unfathomable that these two titans of prolificness have not collaborated until now. That the result is so muddled, poorly staged and monotonous is a reminder that some actors are far better than the material they appear in. I call it the Nicolas Cage/Wesley Snipes scenario, (or any actor in debt to the IRS), in which a high quality performer decides to take easy money in sub-par projects to squeeze every dollar out of their name value. This similar approach has all but crippled the careers of once iconic faces like Steven Seagal and Cuba Gooding Jr.

The Dead Want Women clocks in at an anemic 74 minutes, barely feature length. Nearly seven minutes of that is relegated to screen credits, so what we are left with is a clumsy movie that runs just over a hour, yet plays like a below-average episode of Tales from the Crypt. The movie starts with a promising opening sequence that betrays its minuscule budget and low-brow ambitions. Within minutes there is a very kinky, absurdly constructed sex sequence that seems more appropriate in a Brian DePalma film. Don’t get me wrong I am all for kinky sex, but here it’s used for titillation and the entire sequence made me feel unclean. I have been a fan over the years of several films from Full Moon. Trancers and Head of the Family are their standout products in terms of creativity and proper storytelling. The Dead Want Women is bottom of the barrel, even with rock bottom standards applied. 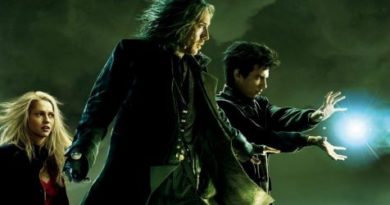