There is a word that bests describes the Coen brother’s irish mafia tale, brooding. This beautiful looking film is all style and little substance. There is an awful lot of commotion in Miller’s Crossing, but very little emotion. Set in an unnamed city during the 1920s, a war is about to breakout between the Irish and Italian families. All can be forgiven if a man named Bernie (Tuttoro) is killed. The trouble is Leo (Finney), plans on marrying Bernie’s sister. This doesn’t sit well with Casper (Polito), the bullish Italian leader, who is still smarting from a series of boxing fixes gone awry. Adding to the complicated matter is the fact that Leo’s right-hand man, Tom (Byrne) is sleeping with his fiancee.

Therein lies the underlying problem with Miller’s Crossing, its plot is so convoluted and serpentine that the film can barely stand up under the pressure. Albert Finney is fantastic as the Irish-born crime lord, though the plot mainly focuses on Byrne’s character. During the vicious gang war, loyalties are split and double crosses are frequent. The film is relentlessly violent, which threatens to overwhelm the picture rather than add a significant contribution. The direction from Joel Coen is cold and feels impersonal, much like its lead character.

This is a gorgeous film simply to look at; the production design and set decoration is meticulously detailed. The costumes and slang are all period authentic. Highly skilled actors come in and out, yet Miller’s Crossing still doesn’t resonate. The Cohen brothers are typically associated with projects that are above all else well-written. It really is a shame that their script is the undoing of this classy production. 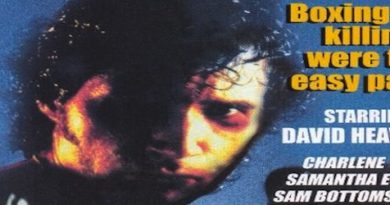