Kurt Russell’s portrayal of the hilariously inept Captain Ron is the main and nearly only reason to see this good-natured but utterly predictable comedy. The story follows the Harvey family, led by Martin (Short), a Chicago businessman who’s fed up with the icy city conditions and corporate climate. After the death of a family member, the Martins inherit a yacht formerly owned by Clark Gable. They must first travel to the Caribbean to claim the rundown vessel, then hire a captain to pilot the ship into American waters. The man assigned to the job is the infectiously goofy, scaly-wager known as Captain Ron. To say that he possesses dubious nautical skills, is an understatement. Yet, with Ron at the helm and the Harvey family on their long awaited ocean voyage, Martin begins to resent the way his wife and kids idolize the vagabond seaman.

The screenplay written by director Thom Eberhardt along with John Dwyer, is an amusing concoction of slapstick farce and word play puns. This inoffensive early nineties comedy is anchored by the always sturdy Kurt Russell. Fresh off his fantastic turn in Backdraft, Russell takes on the role of the roguish, laid-back, sea-dog with such precise comedic timing that it’s a small wonder he never made it in the comedy genre. Sporting an eye-patch and longhair, he seems to be channeling the stoner brother of his Snake Plissken character in the Escape from New York movies. Martin Short goes through the paces as the straight man, the only opportunities for him to let loose, is in moments of pure exasperation. Short is typically a welcomed presence, but here, his shtick begins to wear thin early-on and becomes unrelentingly annoying long before the credits roll.

During the final act the film tends to drag, lamely attempting to include an unnecessary sub-plot involving the modern day pirates of the Caribbean. While the level of violence is strictly cartoon, it does throw off the balance of the (up to this point) family friendly tone. Captain Ron is a harmless good-time, with picturesque tropical locals and the most enjoyably loopy Captain, in the pre-Jack Sparrow era that emerged 11 years later. 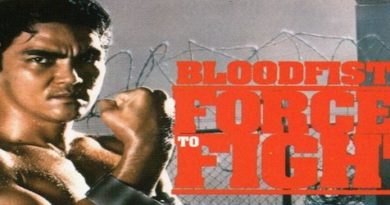