For better or worse John Carpenter is the filmmaker most directly responsible for inventing the modern day slasher flick. His 1978 film Halloween was a game changer, not only creatively but from an economic stand-point. The massive critical and commercial boon allowed Carpenter to expand his storytelling range (albeit within the horror genre) and make films that were a little more offbeat. The best of his work has two surfaces, on one level is a straight forward scare movie with many of the familiar genre conventions and on the other is typically a social, physiological or religious allegory.

In Prince of Darkness a group of grad students specializing in various departments of interest are invited by their Quantum physics professor, to spend the weekend at an abandoned church in downtown Los Angeles. The dozen students are also joined by a Priest (Donald Pleasance), before long the group all begins to feel the presence of an evil force, while experiencing a shared nightmare anytime someone falls asleep.

Prince of Darkness is unofficially the second entry in Carpenter’s self termed “Apocalypse Trilogy”, which began with The Thing and concludes with In the Mouth of Madness. The director reteaming with Donald pleasance nearly a decade after the smash hit Halloween, and several other actors that have previously appeared in his work, has produced a small horror film that stimulates the mind and provides a few jumps.

The screenplay is credited to Martin Quartermass but this is all Carpenter, writing user a pseudonym that pays homage to one of his favorite fictional characters. This is a story steeped in catholicism and rife with discussions about logic breaking down on sub atomic levels and pondering on theoretical physics and atomic theory. One of the most off beat and mystic of all John Carpenters’ work. 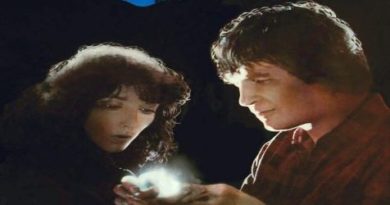