Not only is Finding Nemo an absolute delight it is also a technical and artistic marvel. Marlin is a clown fish that has just moved into a new area of the enmity with his wife Coral. All is well until a shark attacks and kills Coral and the entire liter of eggs, save for one baby, Nemo. Cut to the first day of school for Nemo, and the hesitation of Marlin to let his son out of his sight. Of course the adventurous youngster gets caught by a fisherman off the Australian reef, thus setting up the parallel stories that occupy the majority of the running time.

One story thread follows Marlin’s adventure in rescuing his son. The other takes place in an aquarium that serves as the new home for little Nemo. In each we are introduced to some of the most memorable characters in the Disney/Pixar universe. Dory, voiced by Ellen DeGeneres is a fantastic sidekick, the gimmick of short term memory loss mixed with DeGeneres’ quick witted line delivery are constantly chuckle inducing.

Other notable characters include Bruce the Shark, no doubt named after the moniker given to the mechanical shark used in Jaws, who is going through a 12 step program to stop eating fish. Along with Willem Dafoe’s subtle mocking of his role in Platoon, as fish that is king of the aquarium but always looking for a new angle to escape the tank. But my favorite addition is a sea Turtle named Crush, voiced by director Andrew Stanton, who gives the animated creation a surfer dude vocal pattern, stealing the show in the process.

Even seemingly throw away bits like a flatulent pelican, and Boston accented lobster are gems, speaking to the level of thought, care and imagination invested into this wonderful film. The end credits are fittingly capped of by the incomparable Bobby Darin and his hit Beyond the Sea. 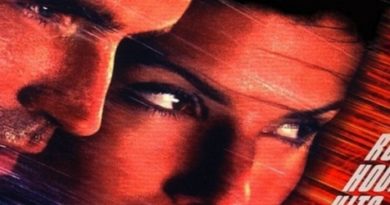