You made it through Halloween, now try and survive Christmas with these top 5 best fun horror movies. Most people only consider watch scary movies during Halloween, but horror films don’t discreminate between holidays. Check out this list of comedic horror flicks for a blast after the kids have all gone to bed. Or let them watch in hopes that their new found fear of Santa will make them behanve next year. 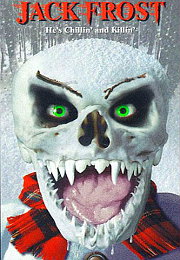 After a serial killer gets doused with some toxic, mutating ooze, a small town must deal with the terrible wrath of his new deep-freeze form (to say nothing of his horrific carrot nose and eyes made out of hellish coal). Although clearly indebted to the superior horror-comedy of Sam Raimi (the venerable director of The Evil Dead trilogy), this killer snowman movie is somewhat less than abominable (sorry), with a cheerful, wonky sense of humor, some intentionally cheesy special effects, and a creative enthusiasm that belies the obviously low budget. Good fun for the less-discriminating horror fan, although potential viewers should be warned in advance that a blatantly misogynist scene in a female victim’s bathtub crosses the line between enjoyably tasteless and downright disgusting. 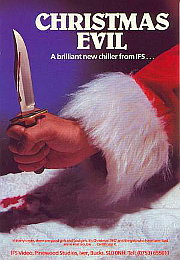 Extensively acknowledged as the best of the Christmas horror efforts, You Better Watch Out A.K.A. Christmas Evil is the tale of a boy who enjoys Christmas. He is scarred as a boy when he discovers that Santa is not real. Throughout the rest of his life, the toy-maker attempts to make the Christmas spirit a reality. He comes to be obsessed with the behavior of kids and the quality of the toys he makes. When he is met with hypocrisy and cynicism, the resulting snap triggers him to go on a yuletide eliminating spree to complete this dark funny horror flick. 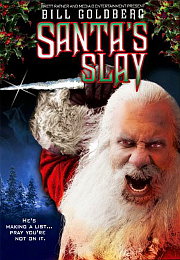 Jolly old Saint Nick goes from the nice list to the naughty list when an old wager runs up and his promise to be nice takes a backseat to his murderous impulses in this comic tale of terror from first-time director David Steiman. It turns out that the story of Santa Claus as we know it isn’t quite the whole story, and instead of being a kind hearted gift-giver, Santa is actually a devilish life-taker. It was 1000 years ago that the cherubic devil lost a bet with an angel that forced him to play nice for an entire millennium. Though he remained true to his word and spread Christmas cheer for what secretly seemed like an eternity, Santa’s patience has run dry with the expiration of the wager, and when this bet runs up the legend of kindly old Kriss Kringle will never be quite the same. 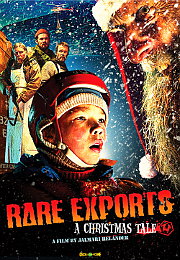 It’s the eve of Christmas in northern Finland, and an ‘archeological’ dig has just unearthed the real Santa Claus. But this particular Santa isn’t the one you want coming to town. When the local children begin mysteriously disappearing, young Pietari and his father Rauno, a reindeer hunter by trade, capture the mythological being and attempt to sell Santa to the misguided leader of the multinational corporation sponsoring the dig. Santa’s elves, however, will stop at nothing to free their fearless leader from captivity. What ensues is a wildly humorous nightmare – a fantastically bizarre polemic on modern day morality. Rare Exports: A Christmas Tale is a re-imagining of the most classic of all childhood fantasies, and is a darkly comic gem soon to be required perennial holiday viewing. 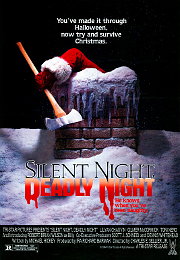 Offended parents and others protested this slasher film when it was released in 1984 because it portrays Billy (Robert Brian Wilson) as a toy-store Santa Claus who goes on a rampage and axes people to death while still in his Santa garb. Four sequels prove the adage that there is no such thing as bad publicity. When Billy was just a boy he saw someone dressed as Santa murder his parents at Christmastime. Billy’s stint in an orphanage did nothing to unwarp his mind (he is tied to his bed for “misbehavior”), and when he starts playing Santa in the store — much against his wishes since he is deathly afraid of both Christmas and Santa Claus, he first only frightens the children who come to see him. Then his mind snaps, and he repeats the scene he saw as a child, on one person after another, in full gory color.

Get These Awesome Fun Scary Movies On Amazon