Over the last decade each of the actors/actresses on this list have won an Oscar for a major role, in a theatrically released film. Then followed it up with a direct-to-DVD stinker. This list should more accurately be titled, ‘When bad movies happen to good actors’. Here is a comprehensive list of just a few stars and titles that may have slipped your attention. 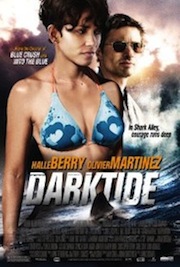 After becoming the first African American actress to win the best actress Oscar in 2001, Barry’s career choices have been eclectic. Ranging from the brilliant (Cloud Atlas) to the unwatchable (Catwoman, Perfect Stranger). She finally hit the direct to DVD low with Dark Tide in 2012. Directed by the usually dependable big screen helmer John Stockwell and costarring Oliver Martinez. Hey, the movie may have been a dud but Berry got a fiancée out of the deal. 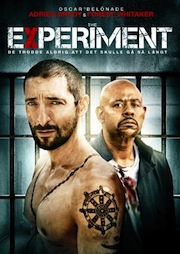 In 2002 Brody was a surprise winner at the Oscar ceremony for the Roman Polanski film The Pianist. Though arguably more people remember the kiss he planted on presenter Halle Berry. The future seemed bright for this young actor. Then he misstepped with a number of films leading to his appearance in The Experiment a well made film that skipped a theatrical release and premiere directly on the home video market. Unlike the aforementioned Halle Berry, Brody has dabbled in this low brow rut over a long period, at the time of this writing he has complied four more direct to DVD projects on his ever expanding resume. 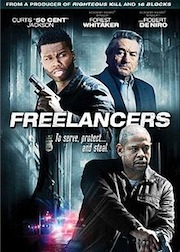 One of America’s best character actors turned Oscar winner. Most remember Whitaker in small roles in big movies but it was his turn as Idi Amin in the highly praised, The Last King of Scotland that won him the accolades of the academy and his peers. Then things went south very quickly. Whitaker never possessed leading man looks or sought projects that would propel him into the ranks of Denzel, Will Smith or even Morgan Freeman. To be fair he made appearance in direct to DVD movies even before he won the Oscar, but his appearance in several low budget projects starring Curtis ’50 Cent’ Jackson and Bruce Willis are not becoming for an actor with this career longevity. 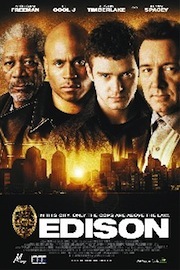 We have been enjoying Freeman’s specific style of acting (and speaking) for over 25 years now. Since his portrayal as a creepy pimp in Street Smart (for which he received an Oscar nod), Freeman has complied the most prestigious filmography of anybody on this list. A multiple Oscar nominee for Street Smart, Driving Miss Daisy, The Shawshank Redemption and Invictus and won in 2005 for Million Dollar Baby. Yet even this master thespian has had transgressions in the home video market, starting with Edison co-starring fellow Oscar winner Kevin Spacy and featuring Justin Timberlake and LL cool J. Freeman most currently stared with John Cusack in the direct to DVD thriller The Contract. 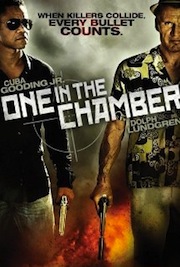 One in the Chamber Review

Today’s reining king of the b movie, is also a one-time Oscar winner and ceremony sensation. It’s hard to member that Gooding Jr won for Jerry Mcguire, while breaking dancing onstage as he accepted his golden statue. Then almost immediately he appeared in the direct to video (in 1997 we still had videos) A Murder of Crows then followed that up with the theatrical release chill factor, a movie so anemic it should have been a home video premiere. Since then Gooding’s career has been in free fall. An interviewer asked cuba “why are you so prolific?”, his response, “brother likes his Ferraris'”. Priceless, I hope Daddy Day Camp and Boat Trip wash off easy.