As Broken City opens we meet Billy Taggert (Mark Wahlberg) a decorated detective on trial for shooting an ethnic perpetrator. 10,000 citizens rally on the steps of the courthouse, while a back-room deal between Mayor Nicholas Hostetler (Russell Crowe) and police chief Carl Fairbanks (Jeffery Wright) is cut to suppress evidence that suggests Taggert acted aggressively. Due to insufficient evidence and a lack of witness testimony the State lets Billy Taggert walk clean. The only hitch is that he is no longer able to serve on the force. Cut to seven years later during an especially rainy campaign season in New York City. Mayor Hostetler is up for re-election and facing stiff competition from his running mate Jack Valliant (Berry Pepper), while a proposed real-estate deal has put an enormous amount of scrutiny on the incumbent’s campaign. Meanwhile Taggert has been toiling away as a low-level private detective, catching cheating spouses and haggling for payment with distraught clients.

Fearing his wife Catherine (Catherine Zeta-Jones) is fooling around with another man, Hostetler summons Taggert and commissions him to follow and catch her in the act before the press gets wind of the situation, a personal scandal during a campaign is thought to be disastrous. So is the long set-up for Broken City, a film that attempts to be in the vein of a modern-day Chinatown, re-imagined with the cinematic influences of Lumet and Scorsese, and is mostly successful. Laced with good acting and a nuanced, serpentine debut screenplay from scribe Brian Tucker. This crime thriller is an efficiently fine tuned bit of craftsmanship from director Allen Hughes, half of the sibling duo responsible for some of the most powerful (an oft-overlooked) films of the last 20 years. Blazing onto the scene with the L.A. gang-life drama Menace II Society, the Hughes brothers topped themselves with the ambitious and nearly flawless Dead Presidents. The few stops into genre films with From Hell, and Book of Eli and a documentary about pimps are all the output from the talent yet reclusive filmmakers. Allen has emerged to helm this picture by himself and it is then somewhat fitting that 20 years after Menace, he has returned to the streets with another tale of city warfare, but this time the battles are behind closed doors and within the corridors of real power.

Russell Crowe is a fine performer prone to going over the top, but his portrayal of the cunning Mayor and the size and presence he brings to the role is undeniable. Chemistry is a funny thing, when two actors have it the audience is aware instantly and Crowe and Mark Wahlberg are a great on-screen pairing. In fact, Broken City is adorned with a host of solid supporting performances from a group outstanding character actors. After the monotonous trifle that was Contraband I thought that I had my fill of Mark Wahlberg hulking around the screen talking tough and throwin’ beatings to anybody that got in his way. Yet, here once again Wahlberg is, well…Wahlberg. Somehow it works for the character and the story, perhaps it is the result of stronger direction or a juiced screenplay. Whatever may be the case he, Crow and Broken City are compulsively watchable. One of the sleeper surprises of 2013. 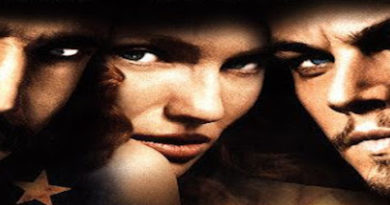