This is my list of top 5 best CIA spy movies. It doesn’t cover all the spy movies – only CIA ones, and I tried to err more on the serious side, but Mission: Impossible just kinda snuck in on me. Enjoy and let me know if I missed anything or just how stupid my list is in the comments below! 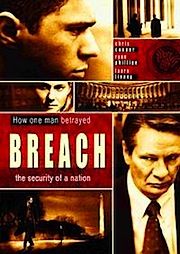 Shattered Glass director Billy Ray directs Chris Cooper and Ryan Philippe in this fact-based drama concerning the FBI traitor who carried out what many historians refer to as the most notable national security breach in U.S. history. A key member of the FBI’s elite Soviet Analytical Unit, Robert Hanssen (Chris Cooper) would, for 15 years beginning in 1985, sell thousands of pages of classified documents to the Soviets. After making roughly 600,000 dollars on his clandestine endeavor and compromising everything from the identities of KGB spies working for the American government to nuclear war contingency plans, Hanssen was eventually transferred to a newly created position at the FBI’s Washington headquarters and assigned the task of guarding his country’s most sensitive secrets. It was while working in this capacity that a young agent named Eric O’Neill (Phillipe) was assigned the task of keeping tabs on Hanssen by suspicious higher-ups. Later, after being arrested while delivering a cache of secret documents to a “dead drop” spot in a Virginia park, the notorious traitor was arrested and sentenced to life in prison with no chance for parole. 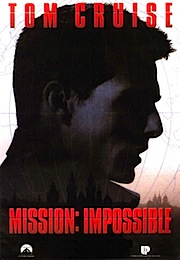 After he is framed for the death of several colleagues and falsely branded a traitor, a secret agent embarks on a daring scheme to clear his name in this spy adventure. Though it drew its name from the familiar television series, director Brian DePalma’s big-budget adaptation shares little more with the original show than the occasional self-destructing message and the name of team leader Jim Phelps (Jon Voight). The film focuses not on Phelps but his protégé, Ethan Hunt (a reserved Tom Cruise), who becomes a fugitive after taking the blame for a botched operation. He responds by banding together with a group of fellow renegades, and he is soon maneuvering his way through a twisted series of double crosses that mainly serve as excuses for spectacular high-tech action sequences. Much of the activity revolves around a missing computer disk, with the film’s most famous scene depicting Hunt’s delicate efforts to retrieve the disk from a secure, well-alarmed room in CIA headquarters. 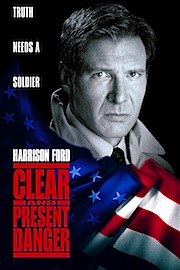 This is the third film based on Tom Clancy’s high-tech espionage potboilers starring CIA deputy director Jack Ryan. Harrison Ford, returning to the Ryan role after his first go-round in 1992’s Patriot Games, is assigned to a delicate anti-drug investigation after a close friend of the President (a Reaganesque Donald Moffat) is murdered by a Colombian drug cartel. When Ryan discovers that the President’s wealthy friend was in league with the cartel, the President’s devious national security adviser (Harris Yulin) and an ambitious CIA deputy director (Henry Czerny) send a secret paramilitary force into Colombia to wipe out the drug lords. The force is captured and then abandoned by the President’s lackeys. It falls to Ryan to enter Colombia and rescue them, aided only by a renegade operative named Clark (Willem Dafoe), with both his life and career on the line. 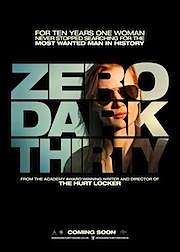 For a decade, an elite team of intelligence and military operatives, working in secret across the globe, devoted themselves to a single goal: to find and eliminate Osama bin Laden. Zero Dark Thirty reunites the Oscar winning team of director-producer Kathryn Bigelow and writer-producer Mark Boal (The Hurt Locker) for the story of history’s greatest manhunt for the world’s most dangerous man. 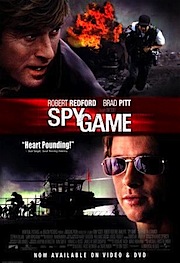 Brad Pitt is reunited as a co-star with his A River Runs Through It (1992) director Robert Redford for this espionage thriller from Tony Scott. On the verge of retirement from the Central Intelligence Agency, veteran spy Nathan Muir (Redford) learns that his one-time protégé Tom Bishop (Pitt) has gone rogue and been taken prisoner after attempting to smuggle a prisoner out of China. Although Muir and Bishop had once been close friends, sharing adventures from Vietnam to Berlin, bad blood and resentment developed between them, and the two men haven’t seen each other in years. As his memories of their friendship come flooding back, Muir sets about arranging the rescue of his old friend from a Communist jail. Spy Game (2001) co-stars Catherine McCormack as a human rights activist and Bishop’s love interest.