The Men’s Club is an awful and clumsy (so-called) drama that is based on the novel of the same name by Leonard Michaels. It features solid and usually reliable actors Roy Scheider, Harvey Keitel, Frank Langella, Treat Williams, David Dukes and Richard Jordan. All of whom float through this mean-spirited production without making much of an impact other than embarrassing themselves in the process. The late film critic Gene Siskel had a litmus test for bad ensemble films. He would ask “Is this film more interesting than watching these actors have lunch together and converse?”. In this case I’m positive the latter would be true.

The film starts with its best scene upfront, Cavanaugh (Roy Scheider) a retired baseball star whose wife wants to leave him, recounts a romantic tryst that he encountered years before. It’s all downhill from there as we meet the various gentleman that will be our leads. In case the script doesn’t make it clear, there are convenient title cards with the actors face next to their characters’ name and occupation, like something you would see in a playbill. An eccentric therapist (Richard Jordan) brings together an emotionally wounded group of men in a kind of macho therapy session. Harold (Frank Langella) is an arrogant lawyer whose wife has left him for another man, Terry (Treat Williams) is an egotistical and selfish doctor with a violent streak, Phillip (David Dukes) is mousey college professor with a controlling wife, and Solly (Harvey Keitel) is a womanizing blue-collar guy that harbors a hatred for women. Not before long things turn violent and the men find themselves confronting each other at a high-end brothel in San Francisco.

How ridiculous do things get? Schneider has a threesome with two women half his age on the floor of a whore-house while his friends watch. Keitel is obsessed with ‘french’ kissing and becomes enamored with marrying a virginal prostitute. Langella makes love with a woman, while she paints his face in a sort of Kabuki inspired look. Williams beats a woman for taking food from his plate and on it goes. There is little to like and as the film plays out it becomes mystifying that anyone felt the need to turn this wretched story into a movie. Perhaps this final product is the result of post-production tinkering, its such a folly that I can’t imagine any other explainable reason such a talented group of actors would sign on for this garbage. 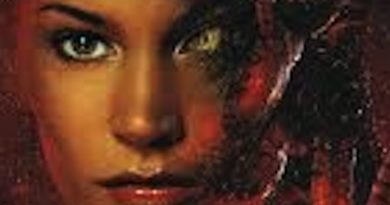