As someone who freely admits to being fearful of roaming cattle on my jogs through the hills of California, After Earth taps into a certain primal fear of mine. The majority of the film tracks, young Jaden Smith through a series of encounters, escapes and near-death experiences with environmental predators. This is essentially a campfire tale, albeit one dressed up with a $135 million budget and given a snazzy sci-fi retrofit.

Cadet Kitai Raige (Jaden Smith) is the son of the fearless and legendary military hero Cypher Raige (Will Smith). This makes the fact that Kitai has just flunked his Ranger training, all the more troubling. Cypher can barely conceal his disappointment in the boy, yet reluctantly decides to let him tag along on what is to be, Cypher’s last mission. Things go very wrong during space travel and the pair survive a shipwreck only to realize that they are stranded on Earth, 1,000 years after humanity’s departure from the planet. With Cypher mortally wounded, Kitai must set off on a dangerous journey 100 kilometers long to retrieve a distress beacon.

One of the most interesting aspects of the screenplay is the inclusion of a predatory being that can literally smell fear. General Cypher posses an ability to control his fear to the point of being invisible to the snarling creature with large pincers and a thirst for human blood. Young Kitai isn’t so lucky and he must learn to control his fear and conquer the dangerous situations that await. However, the compelling idea of ‘ghosting’ as the invisibility process is called, is touched upon in the prologue and then shelved until the film’s last 15 minutes.

The first act of this simply themed family friendly sci-fi action flick, is so stilted that I almost left the theater. But, once you’ve had a moment to adjust to the odd accents Smith and son are using, and the lack of emoting by the elder; things settle into a satisfying (and predictable) course of events. After Earth is a rarity in the case that it actually gets better as it goes along. Jaden Smith shines in his only real scene that calls for acting and Will is always a welcomed sight.

After Earth has been directed by M. Night Shyamalan, the onetime golden boy who even with early successes was never able to live up to perceived expectations. The fact that he, along with John Singleton and Taylor Hackford are now just hired hands is a comment on where the industry lies today. I can’t detect the hand of Shyamalan in even a single shot of After Earth, depending on your stance that might be relief. Unfortunately, it plays like a Smith family vanity project, one that wouldn’t be fit for the ABC family channel otherwise. 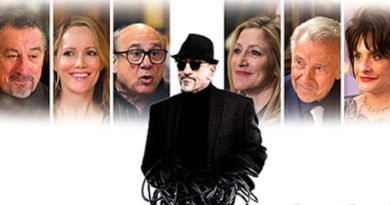