A remote African nation is experiencing civil turmoil and in an aggressive move, the government has hired mercenary fighters to stop the tribal rebels. The ruthless Virelli (Peter Fonda) enlists soldiers of fortune T.J. (Reb Brown) and his buddy Cliff (Ron O’ Neil), as the chief assault team. Added by a ragtag group of expats and screw-ups, the small military force quickly decimate the countryside and hordes of infective native warriors. Soon T.J. falls for a nurse, who opens his eyes to the brutality and the unjust political forces behind the war. Not long after, T.J. finds himself on the opposite side of the fight, leading the insurgents in a guerrilla warfare attack on his ex-employers.

Having grown up and come of age in my theatrical moviegoers career during the highpoint of Cannon films releasing, I had never heard of Mercenary Fighters until I stumbles upon the VHS in a second-hand store. Sporting the Cannon films logo, along with the Media entertainment slogan, that was a staple of 1980’s B-movie goodies. This idiotic war themed outing from the house that brought you Missing in Action and American Ninja is exactly what you’d expect. Cast with actors that rise above the material, and others that can’t step up to the sub-par writing.

In one picture we have the Easy Rider Peter Fonda, Shaft‘s Richard Roundtree, Superfly Ron O’ Neil and the one time TV Movie version of Captain America, Reb Brown. Most films released under the Cannon Banner during this era secured theatrical releasing, Mercenary Fighters is so shoddy it didn’t even merit the hassle of booking theaters in a less than competitive market. Lacking the charm or filmmaking skill of the Missing in Action series, this Rambo wanna-be is so illogical and disorienting that large segments of the film unspool with little connection to the scene beforehand.

Not that Breakin’ 2: Electric Boogaloo is the model for narrative cohesiveness, but the storyline as presented here is so convoluted it leaves the audience in a state of bewilderment that quickly turns to dis-interest. I’m not asking for much here, I’ve sat through the entire Bloodfist series. I need something to grasp onto or associate with, for all purposes this is on the level of Roger Corman’s schlock, not worthy to be the background in a riff tracks presentation. The disappointing thing is that Mercenary Fighters could have been a guilty pleasure, all the right elements are in place. Yet, the lethargic direction and leaden acting/writing are enough to cure insomnia. 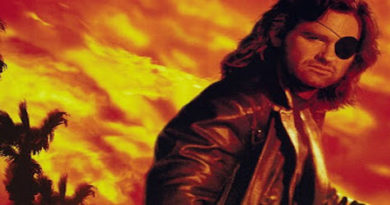