Superman faces his greatest challenge to date, a trio of fellow Kryptonians hell-bent on revenge. Once banished from Kyrpton and forced to wonder the outer limits of space, the three villains, led by evil General Zod, are freed from their intergalactic prison by the shock waves of an atom bomb detonated on Earth. Quickly they realize that Earth’s yellow sun gives them amazing powers, those that rival Superman’s. Meanwhile, Clark Kent is continuing his courtship of Lois Lane, while she is still in love with the enigmatic ,Man of Steel. That is until she starts to make a connection between Clark and Superman.

This leads to the most interesting aspect of Superman II, the plot development in which Kal-El decides to give up his super-powers for a mortal ‘normal’ life with Lois. The pair escape to the fortress of solitude for a weekend retreat, unaware that Zod and his malicious crew have partnered with Lex Luthor, and seized control of The White House. What is Kal-El to do? Stay with the woman he loves? Or return to the fortress, regain his Kryptonian powers and fight Zod? After a few scenes of soul-searching he chooses the latter, setting up the film’s centerpiece. A dazzling fight in the streets of Metropolis that integrates special effects and stunt work seamlessly. The last twenty-minutes of Superman II make up for the slower-paced sequel’s more adult tone.

Superman II holds a special place in the history of the series. As a directorial conflict ensued that resulted in original director Richard Donnor being replaced by Richard Lester, even though a significant portion of the script had already been shot. Perhaps, Lester’s influence accounts for the odd ball moments of off-beat humor that pepper this sequel, including a hillbilly sheriff, straight out of Live and Let Die. As with the first film, the acting is top-notch, particularly when considering the silly material, and the score by John Williams is triumphant and uplifting. 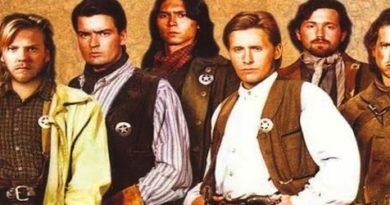