If Star Trek IV represented the goofy highpoint of this cinematic incarnation of the former television series, than Part V is the deadly serious low-point and weakest of all the films. This is an overly-talky installment that is so mishandled by director/star Shatner that the film is a rambling mess. There are moments of spice, in the story co-hatched by Shatner and long-time series’ producer Harve Bennett, but the redundancy and borderline incompetent staging of scenes quickly dispels any narrative momentum.

The film’s early scene’s are set on Earth, where Kirk, McCoy and Spock are enjoying shore-leave by camping in Yosemite and scaling the monumental El Capitan peak. However, vacation is cut abruptly short when Sybok, a renegade Vulcan on a spiritual quest to reach the great outer barrier, hijack’s the Enterprise and her crew. Unfortunately, this ambitious mission ends up wallowing in metaphors about God, and leaving a trail of loose story threads in its wake. Even the villain is ill-defined outside of his strained relationship with fellow Vulcan brother Spock, and suspense is sorely lacking throughout.

The series lack of energy in this outing is only amplified by the aging star’s stale quips and the lame attempt at replicating the humor of the last film. The cast of regulars dutifully perform their required schtick but, seriously folks the magic is long gone. This dreadful entry nearly killed the franchise, before returning in spectacular fashion three years later with The Undiscovered Country. 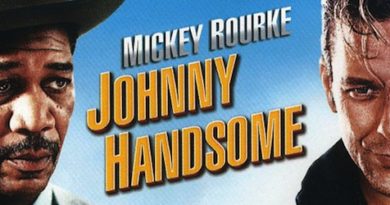