You used to be able to spot a bad movie by a certain level of incompetent craftsmanship. That is not the case anymore. Only God Forgives is one of the best-looking bad movies I’ve seen, it’s also one of the most unpleasant experiences I’ve had to endure in quite some time. Director Nicolas Winding Refn has not lost his sense of visual boldness in the stark and intriguing shot compositions, but this is a case of style greatly over-riding substance. Refn likes to shock, sometimes with a single image, or a line of dialogue, or even an entire scene. He spells out nothing for his audience and expects, you do figure out the pieces and what is reality or memory. It’s a valid directorial choice, but when the underlying material is this thin, these artistic touches come off as self-indulgent and unnecessary.

Gosling is Julian an American living abroad in the slums of Bangkok, he owns a muay thai gym and promotes fights for income. His older brother Billy sells drugs out of the gym and though Julian is aware of the transactions taking place, the sketchy writing never makes it clear if he is involved in the action from a financial or beneficiary aspect. One night in a drunk rage Billy viciously rapes and slaughters a 16yr. old prostitute. The police arrive to find a hellish scene, the lead investigator Chang calls in the deceased girls’ father and lets him beat the culprit to death in retribution. Yet, for the vengeful act the father is accused of murder and the investigator hacks off his arm with a katana blade.

Ten minutes into the film and I knew that I truly didn’t want to spend anymore time with these repulsive characters. There is not a redeeming quality to a single individual in the entire movie. Gosling’s monosyllabic act worked in Drive but here he speaks less than 20 words and wears a mask of indifference that reflected by growing attitude towards the film as it grew uglier and downright nihilistic. The stunning visual artistry of the picture can’t be denied, it’s one of the most breathtaking movies to simply gaze at since Kubrick’s retired from the game. However, beautiful wallpaper and production design cannot and should not be the focal point of a movie with this talented cast and director. The lavish care take on the elegant settings can’t compensate for stiff dialogue, a dull script, and principal characters who seem awkward and unconvincing. 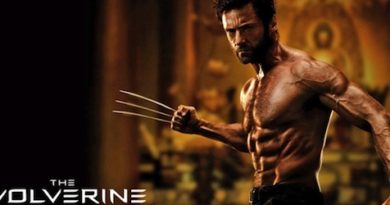