Ridley Scott is credited as director on the erotic crime thriller Someone to Watch Over Me and yet, outside of a few shots that feature billows of fog and nice cars I can’t detect the guiding hand of Scott in a single frame of this lackluster movie. Featuring two of the most bland characters to ever appear in a noir thriller and brought to life by Tom Berenger and Mimi Rogers, two actors that have zero chemistry with one another. These disastrous mixing of awkward elements creates, not surprisingly the worst film to ever emerge from the talented Ridley Scott. The problem may be with the iconic british helmer himself, his ponderous and heavy-handed approach to the simple material overwhelms the story, until it results in a case of style outshining subject.

A New York socialite witnesses a murder and is assigned a blue-collar detective to protect her while she identifies the killer on trial. The working class cop from Queens Mike Keegan (Tom Berenger) quickly finds his life in turmoil as he begins to develop feelings for the attractive up-town girl Claire Gregory (Mimi Rogers). The pair fall in love and Keegan must straddle the line between duty and obsession. All the while staying one step ahead of a notorious killer and his hit-men. The mystery is merely a throwaway plot device to throw the couple together. The result is utterly predictable and the soap opera antics in the script settles for bargain basement when this should have been high-rent.

Someone to Watch Over Me feels like it was created in a vacuum,hardly a moment rings true and it apparently went unnoticed by all creative forces involved that no chemistry was taking place. Not only are the main characters rather uninteresting people, they don’t seem to like each other in any way. 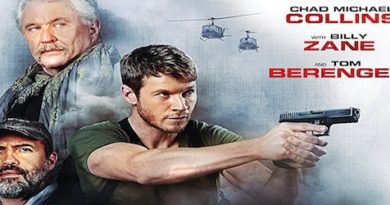