The formula is fine tuned in this third installment of the Dirty Harry series, which offers a collection of intriguing scenes, some violent action and the charismatic, sardonic witted Eastwood as beleaguered San Francisco cop, Harry Callahan. Although this is an often brutal film, there is also a casual professionalism about it that makes the whole thing go down easier than it otherwise might have. After battling corruption and a series of killers disguised as cops in the last sequel Magnum Force, Harry is now confronted with tracking down a radical group of domestic terrorists, who have taken their ant-establishment stance too far.

Following another round of disciplinary action over his ongoing use of excessive force, Harry carries around a .44 Magnum and all other officers holster a .38 special which may be contributing to the problem, he’s busted down to sitting on a committee testing perspective inspectors. This leads to the entrance of female officer Kate Moore (Tyne Daly), who has spent her career in an office and has no field experience or even an arrest on her file. Callahan thinks she is woefully inexperienced for the position, but city mandates require a more diverse police force and the newbie is partnered up with Harry on the beat. These differences lead to the usual banter about experience vs. theory, changing of the sexual guard in the workplace and even some tension of the aggravated and physical kind some themselves.

The People’s Revolutionary Strike Force has robbed a munitions warehouse on the pier and are now bent on an extortion spree, holding the city ransom for millions of dollars. Callahan and his female partner must track the killers and stop them before a big bomb goes off in a very public place.

The Enforcer shows signs of wear-and-tear sometimes lumbering through its paces. It is undoubtably the weakest film in the long-running series, but that’s not to say it is a bad movie. In comparison to the previous and follow ups sequels, The Enforcer doesn’t stack up. Taken on its own terms tho, this is an entertaining picture that features the usual requisite of violence and one-liners. 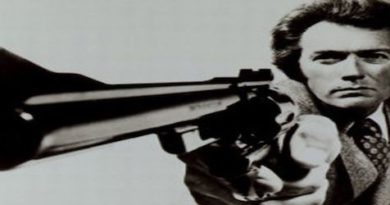