Bullet, the new Danny Trejo B-movie is a slick little action flick with a great cast and better than average production values. Director Nick Lyons infuses the boilerplate script with a visual energy that is matched by the blazing pace. The bare-bones story casts the ever prolific Danny Trejo in the lead role as Danny Trejo is Frank “Bullet” Marasco. Frank is a world-weary police vet with years of experience dealing with street scum. A recovering addict and dead-beat father, Marasco is attempting to pull his life together when we are first introduced to the violent cop.

Bullet is caught in a web of deception as a big-time criminal warlord named Carlito Kane (a fantastic Jonathan Banks) plots to get his son a stay of execution order from the Governor. Turns out that years before Marasco arrested the younger Kane for the murder of four cops, now just hours before he is to be put to death for the crime, Carlito sets in motion a series of murders that frames Bullet.

Using Marasco’s kidnapped grandchild as bait, the villain intends to have Frank sign a confession and suicide note. Effectively setting the criminal free and implicating a good cop in the process. All of this is rather rudimentary on a written level, but the style and underlying mischievous sense of humor are really what propels the film and adds to the cheeky tone. 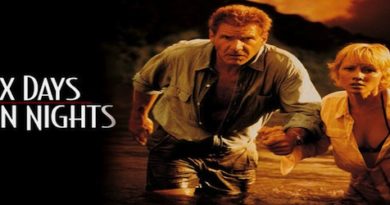