The eighth film in the Star Trek series, the second to feature the TNG crew, is a smashing space adventure that exhibits all the finest qualities from the venerable franchise. Slickly produced, tightly directed, and written with maximum efficiency, First Contact is superior to all other Trek movies that have come before. Setting the Enterprise crew as the last line of defense between the Borg-a half-organic, half machine collective, and the Federation.

Fans of the television series will surely remember Capt. Picard’s ill-fated run-in with the Borg race in the well-regarded two episode arc, The Best of Both Worlds. Narrowly escaping with his life force and mind intact Jean-Luc has dreaded ever meeting again this alien race. The arrival of the enemy and the reluctance of the Federation to place Ricard and his crew in the battle infuriates the elder captain and feed his desire for vengeance.

There is a time-travel story element that works because of the casting of James Cromwell as an alcoholic, rock music loving, rocket scientist in the 21st century. He is on the brink of wrap speed travel and the Borg have chosen this date to travel back in time and prevent his occurrence from happening. The resulting chain of events will have cataclysmic effects on the 23rd century. Riker, cast member and first time feature director Jonathan Frakes, along with Jordi LaForge (LeVar Burton) must keep the brilliant doctor on task and out of trouble, not an easy task. Meanwhile in space, Picard, Worf (Michael Dorn), and Data (Brent Spiner) maneuver through their vessel which has been overrun by the infectious Borg species.

First Contact moves with confidence through its special effects and amusing storyline. This is a step-up from the bland Generations, and marks the best in the series until J.J. Abrams reboot in 2009. Alice Krige is seductive and disgusting as the Borg Queen, and Alfre Woodard brings her usual steely eyed determination to what is essentially a throw-away role. Patrick Stewart anchors the cast and finally seems at home on the silver-screen in this capacity. For space battles, fun time-travel paradoxes, and good ol’ fashioned romance, Star Trek: First Contact has it all. 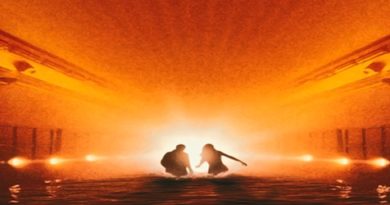 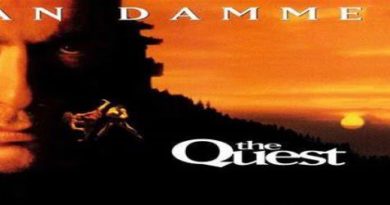 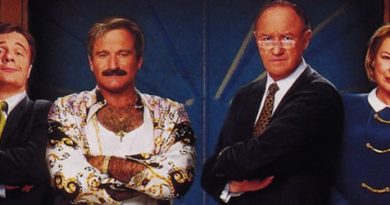