The Taking of Beverly Hills is the definition of a cinematic bomb, a movie so inept in every department from technical to artistic that its theatrical release is a bit baffling. The writing is terrible, the direction is clunky, and the acting is so wooden it would make a nice kung-fu practice dummy. Starring the ever-mulleted Ken Wahl, channeling his inner Billy Ray Cyrus, lacks the matinee-idol appeal that makes for a ‘movie star’. He is much better on the television show Wiseguy, on the larger format he is exposed and appears suitably lost.

Football hero Boomer Hayes (Ken Wahl) is a wise-cracking jock out to save the riches of Beverly Hills from the plans of a group of ingenuous robbers. The owner of the team Boomer plays for is the deranged billionaire Robert ‘Bat’ Masterson (Robert Davi), who’s hatched a plot that includes the evacuation of America’s wealthiest city. A bogus toxic waste spill leaves the city deserted and cared for by a squad a fake cops and false E.P.A. agents, this all so Masterson can trash a priceless artifact and cash out a billion dollar insurance policy.

Boomer is an innocent bystander in the game until his new girlfriend Laura (Harley Jane) is kidnapped and forced to marry the demented Masterson. On his own and under-equipped to deal with the real bullets being shot his way, Boomer teams up with renegade cop Ed Kelvin (Matt Frewer). The pair use the city’s vast landscapes and empty storefronts for cover and employing guerilla warfare tactics to take out the bad guys and stop the taking of Beverly Hills.

Directed by Sydney J. Furie in a static visually unpleasing manner, The Taking of Beverly Hills isn’t much fun to watch. Wahl sports the most ridiculous mullet ever captured in an action flick, and Frewer is like a second-rate Jim Carrey. If this movie had been made and cast two years later it is possible to envision Van Damme and Carrey headlining. In its current form, the movie is a Die-Hard wannabe that falls so short of the mark its laughable. The fact that our hero Boomer is a ego-maniac and played with no charisma by Wahl is deadly to a picture that succeeds or fails based on casting. This is a lazy, visually murk heist picture with a soundtrack more memorable than the film it accompanies. 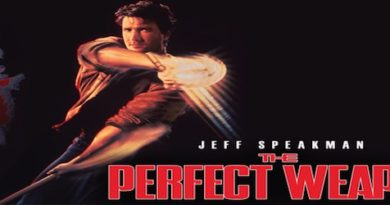