George Miller’s return voyage into the imaginative nightmare world of Mad Max Rockatansky is one of the year’s most ingeniously constructed films. With virtually no plot and a minimum of dialogue, Miller and his fellow craftsmen have designed a picture of visceral excitement that brims with innovation and spectacular moments. This is a movie that contains not only the year’s most bizarre looking characters but also, machinery that looks otherworldly, and some heartfelt acting from it’s well cast actors and actresses.

Serving as a soft reboot and a straight-forward sequel, Fury Road rests just below The Road Warrior in the rankings of the Mad Max film cannon. The 1981 classic will never be beaten in terms of physical and practical effects, it set the tone for scores of imitators in its wake. Now, 34 years later Fury Road rivals the excitement of that picture while carving out a unique tone of its own. Mel Gibson has been replaced by Tom Hardy, while the role doesn’t depend on soft elocution, Hardy brings a physical presence that suits the character and his mental instability in a world gone totally insane.

Describing the plot is an exercise in futility. The story is a clothesline to stage action sequence that appear so dangerous it’s a marvel that people weren’t killed. Charlize Theron nearly walks away with the film in a role that is reminiscent of Ripely in the middle Aliens sequels. I’m sure people will debate the film’s technical credits to the lack of dialogue and narrative execution in the screenplay, but there is no doubt that all involved have crafted something that deserves to be seen, preferably on the biggest screen available. Compared to the CGI-heavy Furious movies and its manufactured lame attempts at thrills and heartfelt emotion, Fury Road is a brilliantly realized and meticulously edited tour de force. 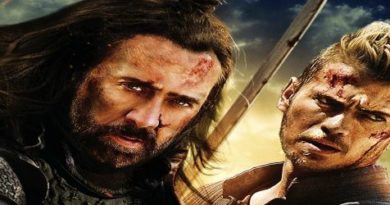