I wanted to love this big screen follow-up to the extremely popular HBO show and at times, the magic that made the series so beloved is apparent. However, on more than a few occasions writer/producer/director Doug Ellin writes his characters into a corner. There are many comedic moments that hum along, but there are also sets ups with little or no payoffs and mistimed gags. The overall experience is engaging enough to warrant a sequel though the limited appeal of the characters is more evident than ever on the big screen. Hardcore fans are likely to enjoy the numerous in-jokes and ‘easter eggs’ that populate many scenes and visual frames.

Movie star Vincent Chase (Adrian Grenier) is recently divorced, or annulled after a quick nine-day union, and ready to reunite with his posse from New York. As the picture begins Vince is partying aboard a yacht with enough beautiful women and drugs to make Leonard Dicaprio’s character in The Wolf of Wall Street envious. After a short absence from the lime-light Vinny is being sought for another high-profile studio picture.

Ari Gold (Jeremy Piven) is now a studio head capable and willing to green-light any picture his golden goose decides to commit to. Problem is, Vince not only wants to headline a futuristic dystopian retelling of Jekyll & Hyde, but he also wants to direct. Budgeted at over a hundred million dollars, Ari’s first gamble is a costly production with an unproven actor turned director.

Things become further complicated by budgetary over-run issues that force Ari to visit a rich investor at his Texas ranch. The oil baron (Billy Bob Thornton) sends his son (Haley Joel Osment) to Hollywood in order to keep an eye on the money being spent and the quality of the film. The boy is out of his league and full of uneducated and biased opinions about Vince and the working print of the film.

Entourage has enough plot to fill three movies. Each character is given a plot strand, Eric’s (Kevin Connolly) forthcoming child with his ex-girlfriend Salone (Emmanuelle Chriqui) is a growing concern for his new flame. Turtle (Jerry Ferrara)is now a multimillionaire from his investments with Mark Cuban. One of the film’s running gags is that Turtle’s net worth is much speculated about, but never revealed.

The best part of the Entourage movie experience is the reemergence of Kevin Dillon’s Johnny Drama. The film does the character justice and leaves the picture on a high-note, I’d love to see where the events here take him in the proposed sequel. 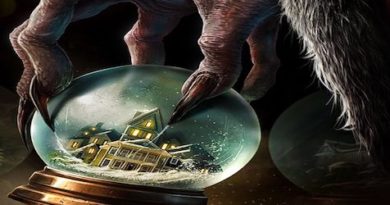