Avengers: Age of Ultron grossed over $450 million at the domestic box office this summer. Yet, it somehow feels as if it was lost in the shuffle of Jurassic World, Mission Impossible and Mad Max. The sequel doesn’t manage to hit the creative peaks of The Avengers (2012) but, it is a solid popcorn entertainment piece with occasional flashes of brilliance. Murky plotting and a soggy second act nearly torpedo the fun. Luckily, the superior cast (all fully inhabiting these silly characters with surprising humanity) saves the day.

This follow-up is (over) stuffed with new characters and struggles to find compelling obstacles and arcs for it’s already established characters. Namely, Captain America (my favorite Avenger) is left out in the cold story-wise. However, the visual eye-candy pops and a few of the set-pieces pay off in a big way. A trimming in the middle would have tighten up the ship, or perhaps cutting one of the many prologue moments in the final reel. Still, this is among the better films released in Marvel Studio’s phase two. 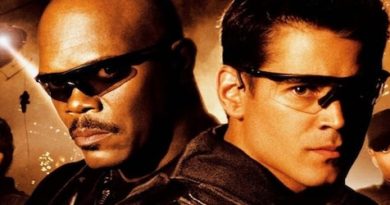