In 2008, Robert Downey Jr.’s interpretation of Tony Stark was a blast of cinematic freshness. It was a major actor taking a chance on playing loony. Much like Johnny Depp’s Jack Sparrow, Stark gave a serious thespian an opportunity to become a global movie star. Now, five years removed from that scorching original take on the material, Iron Man 3 feels flat and ponderous. The actor, character and cross-plotting with other MCU properties has become off-putting.

Shane Black (Lethal Weapon, Last Boy Scout) is the man behind the camera and responsible for the screenplay. A proven talent in the 1980s and 90s, Shane is the guiding hand behind some of the best movies of the last 30 years. So how could this project get so much wrong?

Crippled with PTSD, insomnia and paranoia since the events that concluded The Avengers, Tony Stark (Robert Downey Jr.), has becomes synonymous with Iron Man. This constant attention from an adoring public and scheming foes has deeply affected Stark’s life. His relationship with Pepper (Gwyneth Paltrow), is becoming increasingly strained and a former nemesis known as the Mandarin (Ben Kingsley) is out to destroy Iron Man. Without the aid of The Avengers, Tony must set out to protect Pepper and himself from this growing threat.

Lacking a strong villain, a compelling obstacles for the hero, or any sort of visual styling, Iron Man 3 collapses under its own weight. When will filmmakers realize that audiences don’t want world-weary superheroes? The breezy tone that was so refreshing in the other first two episodes has been largely replaced by moping and failed attempts at pathos. The first (and only) attempt by Marvel to mimic Nolan’s Batman series. 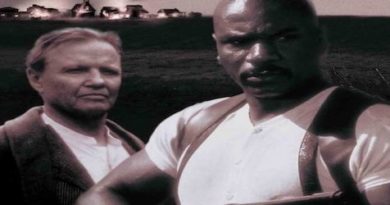