Insidious was a startling creep-fest back in 2011. It premiered against the much-hyped return of Wes Craven and the Scream franchise, going head-to-head against Scream 4 at the box-office. It not only beat the major studio release, it also signaled that one-time masters of the genre had to concede the mantle to newer names in the field. Director James Wan has emerged as the unofficial leader of what has become affectionately referred to as the ‘splat pack’. After an opening teaser that runs about ten minutes, Insidious: Chapter 2 becomes less interesting as it goes along. Turning a malevolent spiritual force into a literal figure lessens the impact of the whole enterprise.

Picking up almost immediately after the events of the showdown with demons that ended the first film. The Lamberts, Renai (Rose Byrne) and Josh (Patrick Wilson), are trying to move on with their lives. Readjusting their son, last seen possessed, to a steady family environment. However, Josh has brought back something from his trip to the ‘other side’ and it’s possessing his body, trapping the ‘real’ Josh in a purgatory state of consciousness.

In order to protect his family and vanquish the spirit, Josh must rely on Renai, his mother Lorraine Lambert (Barbara Hershey) and her ghost-hunting team of scientists and paranormal researchers to save his soul.

I suspect that Insidious: Chapter 2 is the kind of horror movie that Christopher Nolan might enjoy. It is light on gore (much appreciated) and heavy with time-travel elements, symbolism, and wounded characters with dark secrets. The story becomes less engaging because the script insists on over-explaining the back story of a crazed former patient of Lorraine’s. I admit the first film shook me with the element of surprise. This time, I was waiting for the big scares or creeps. They never materialized. 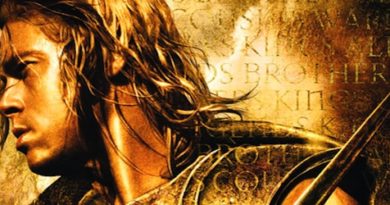