I’ve never counted myself a fan of Psycho nor Norman Bates eccentric affairs. Alfred Hitchcock may have set a template of terror back in 1960, but the film is dated and not all that profound. That may be sacrilege to fellow film buffs, but the truth is that without Anthony Perkins as Bates it would all be for not. So, 26 years after the original comes the third film featuring that memorable mama’s boy Norman.

Bates is back running the mostly vacant hotel named after the family. That means mother has returned too. Picking up after the events of Psycho II, the rehabilitated Norman attempts to aid a disturbed young woman, who happens to resemble a woman from his past, and a sleazy musician drifter looking for a score. There is also a nosy reporter snooping around asking questions about the disappearance of an elder woman in town. All of this is happening while the milquetoast public manner of Norman gives way to the lurking darkness under his odd facial demeanor.

Psycho III strains to maintain relevance, and not come off as a remake of the original. The Mrs. Spool storyline running across the last two films isn’t interesting enough to sustain momentum, and the constant self referencing of past events is tiresome. Black comedy is far more prevalent here than anything approaching jumps or thrills. A set of high-schoolers pumped for a homecoming game seem like last-minute addictions in an attempt to appeal to a younger more slasher-friendly demographic. Perkins makes his directorial debut and while he knows this world and these characters, the limited storyline and settings give the film an amateurish feel. 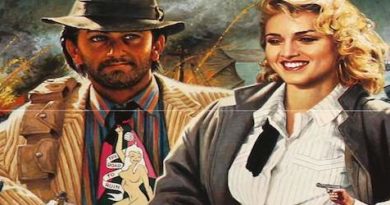