My annual list of Dishonorable mentions is upon us again. This year Trevor and I have a high number of similar picks, albeit in varying positions on our individual chart of cinematic awfulness. 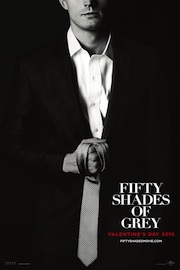 The highly anticipated literary adaption suffers from a lack of obstacles or dilemmas for its characters. There is no love triangle, revelation or problem. Anastasia and Christian go through the mechanics of their predictable predicaments with no rooting interest from the audience for them to stay together. The last scene is particularly messy and is emblematic of the film as a whole. The peripheral elements are on-screen, production design and technical credits are on the level, but the story itself isn’t a worthy tale to hold one’s attention for not only a 130 minute film but two proposed sequels. I’m tapping out of this torture early on. 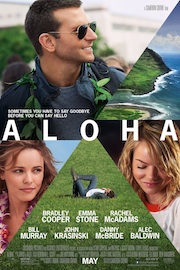 Aloha is unquestionably Cameron Crowe’s weakest film to date. It is unfocused, forced, and lacking any sort of narrative drive. Since the script was written by Crowe (in addition to directing duties) there are occasional glimmers and specks of the talent shining through but, too often characters become irritating. Another fatal flaw is the blatant misuse of the collective star power of Alec Baldwin, Bill Murray and Danny Mcbride, all wasted in throwaway roles. 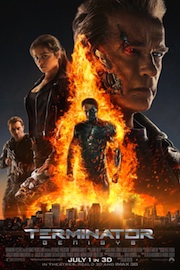 Arnold Schwarzenegger’s iconic line “I’ll be back” is starting to become a veiled threat. Terminator: Genisys is a crushing disappointment for any fan that can recall the pure cinematic joy of experiencing the James Cameron episodes in theaters. T2 was one of the greatest movie-going experiences of my life. To think that years later the series would be relegated to this shambled, unimaginative bore, is devastating. Lethargic direction, bad casting and confused plotting are issues that bedeviled this blockbuster into submission. Even the usually reliable Schwarzenegger seems to be lost in the ho-hum proceedings. 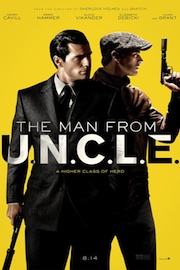 It was once a considered a Hollywood scarlet letter to portray a superhero in a big-budget blockbuster. Christopher Reeves suffered a career of low-grossing endeavors only to be constantly associated with his Superman screen iteration. Michael Keaton, once Batman, was nominated for an Oscar playing an actor stuck in a similar predicament. In today’s Hollywood, that doesn’t seem to be the case. Chris Hemmsworth, Chris Evans and now Henry Cavill have all stepped out of the shadows cast by their cinematic alter-egos to headline other films. Cavill takes on a role originally ear-marked for Tom Cruise, who smartly walked away when screenplay issues weren’t being solved to his liking. He should rest easy knowing that those issues still haven’t been worked out. 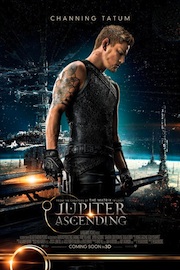 Jupiter Ascending is one of the year’s big cinematic blunders, a bad movie of the first order. This folly is a mega-budgeted picture with name talent on both sides of the camera, like 47 Ronin or Babylon A.D., nothing works and we are left looking at flashy images on-screen without a vested interest or any character to root for. Maybe after receiving criticism over the complicated narrative developments of their unfairly overlooked epic Cloud Atlas, The Wachowski’s intentionally simplified their story to the barest elements. Or the extended and reportedly difficult post-production process cut sections that presumably, would have made things clearer. 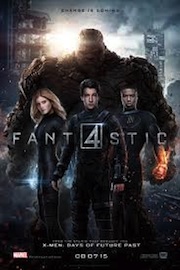 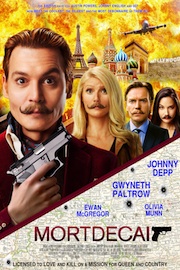 I’m not sure who thought there would be an audience for this? It’s neither funny enough to be a comedy nor competent enough to act as a satirical farce. The moments of physical humor fall flat and out of the top-notch cast, only Depp proves capable of finding mild success in flipping some verbal puns into audience grins. Mortdecai serves as another puzzling addition to the eccentric film cannon of the immensely talented Johnny Depp. An actor who’s choices are starting to resemble the erratic appearances of Marlon Brando. 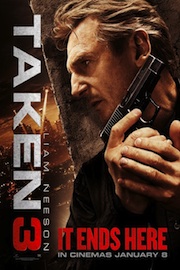 Oh, how quickly the Taken series has fallen apart. The first Taken was an excellent low-key thriller. It established Liam Neeson as an action-star and spawned a sub-genre of aging stars (not known for action vehicles) trying their hand at cinematic shoot-outs. Taken 2 was a lesser experience but, it still was superior to a lot of the imitators that sprung up in the wake of the original’s vast success. Now, with Taken 3 the series has finally hit its low point, this is a desperate last gasp. 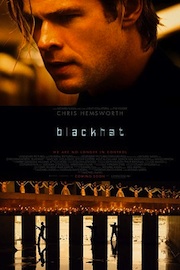 2015 has seen established respected filmmakers hitting career lows. Cameron Crowe’s lame Aloha was especially disappointing. Now, Michael Mann joins the list with the goofy techno-thriller Blackhat. This is a film that is desperately trying to be ‘of it’s time’, but continually relies on genre conventions that are at least twenty years old. 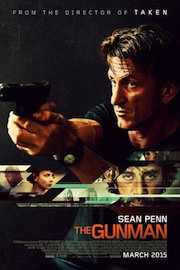 This movie wants to have it both ways. It has the same basic intentions of the average Expendables flick, but pretends to have some moral superiority. Whatever statement the original material was presenting has been lost in translation from page to screen. The leftovers feel like recycled bits from most other action-thrillers. Penn’s bulging physique aside there is little to see and less to take away from The Gunman.