Spy Hard presents the incomparable Leslie Nielsen as a James Bond-type who must take down an evil network of spies. Before the inane Mr. Magoo, or the incompetent, Wrongfully Accused — Spy Hard proved to be an often amusing spoof film that, sadly, would be the last worthy chapter in Nielsen’s comeback era.

Demented Gen. Rancor (Andy Griffith) has his sights set on world domination, and plans to detonate a nuclear weapon in the United States. Luckily, Dick Steele (Nielsen), aka Agent WD-40 is on the job. Rancor plan hinges on obtaining a special chip that will control a guided missile system.

Dick joins forces with a sexy Russian, Veronique Ukrinsky (Nicollette Sheridan), a KGB agent whose father is being held by Rancor. Together the agents attempt to stop Rancor’s devious plot, while saving Veronique’s father.

It’s almost impossible to critical assess a movie like, Spy Hard. More than half of the jokes work, so I’m awarding the film a 2.5 star rating. Sure, it’s missing a lot of the charm of Zucker’s movies, but it also has some big laughs and quits before the gags run thin. The heydays of The Naked Gun movies, this is not. However, you could choose a lot worse when picking a Nielsen spoof movie to re-visit. 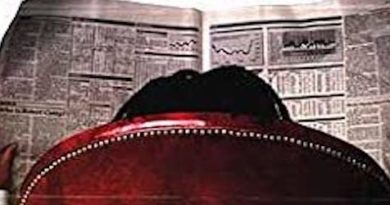